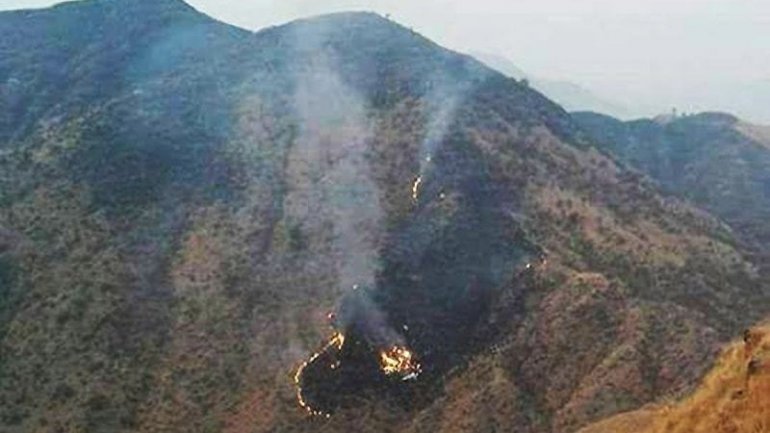 A Pakistan International Airlines (PIA) flight PK-661 carrying over 40 passengers crashed on the way to Islamabad from Chitral on Wednesday. Five bodies have been recovered from the wreckage.

The Civil Aviation Authority (CAA) put the number of people on board at 47 but Sohail Ahmed, a PIA official in Chitral, said there were 41 people on board, including four crew members.

The plane manifest shows there were to be 31 men, 9 women and 2 infants on board the flight, including singer-cum-evangelist Junaid Jamshed and his family, as well as three foreigners.

The flight departed from Chitral around 3:30pm and was expected to land at Islamabad's Benazir Bhutto International Airport at around 4:40pm but crashed in Havelian near Abbottabad shortly after a distress call was sent to the control tower.

A government official on the scene told Reuters that there are unlikely to be any survivors.

"All of the bodies are burned beyond recognition. The debris is scattered," Taj Muhammad Khan, a government official based in the Havelian region, told Reuters.

Khan, who was at the site of the crash, added that witnesses told him "the aircraft has crashed in a mountainous area, and before it hit the ground it was on fire."

The terrain is rugged and rescue and recovery operations are being hindered because of nightfall and the cold. Ambulances are unable to reach at the site of the accident as the aircraft crashed on mountainous terrain.