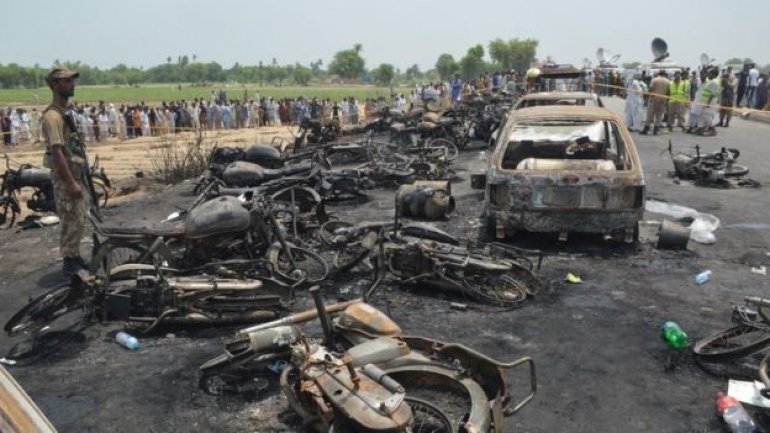 At least 140 people were killed when a lorry transporting oil burst into flames near the Pakistani city of Ahmedpur East, local officials say, according to BBC.

A crowd had gathered reportedly to collect fuel leaking from the overturned vehicle when it caught fire.

Dozens are being treated in hospital.

It appears the tanker blew a tyre while rounding a sharp bend in the road.

The subsequent fire may have been sparked by someone lighting a cigarette, rescue services say.

The country's roads are notoriously dangerous, with poor vehicle maintenance and reckless driving contributing to the problem.