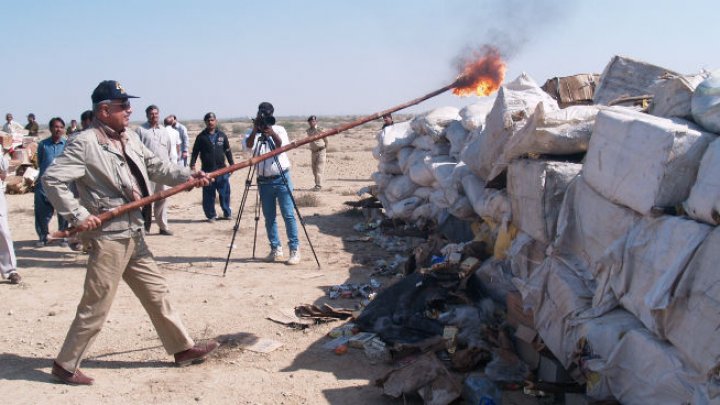 Large quantities of drugs and alcohol were destroyed as part of an 'International Customs Day' ceremony in the Pakistani port city of Karachi on Friday.

It was organised by the Customs Deparment and one official put the market value of the destroyed goods at millions of rupees.

He said around 33,000 bottles of alcohol were smashed and 6,500 kilograms of hashish was burned, along with opium and a large quantity of banned medicines.
AFLĂ imediat Știrile Publika.MD. Intră pe Telegram