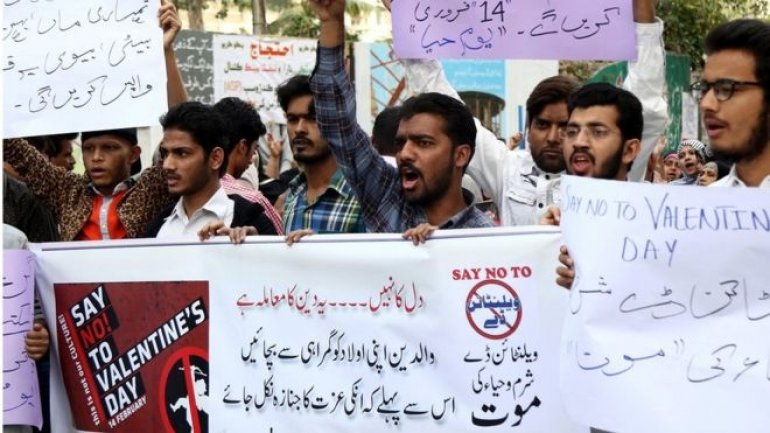 A court in Pakistan has banned public celebrations of Valentine's Day in the capital, Islamabad, on the grounds that it is not part of Muslim culture, BBC reports.

It also directs the media not to promote or cover Valentine's events.

The orders were a response to a private petition which argued that Valentine's Day was contrary to Islamic teaching.

According to the Dawn newspaper, the petition argued that the festival promoted immorality, nudity and indecency under the cover of spreading love.

Valentine's Day has grown in popularity in many cities in Pakistan over the past decade, but some religious groups have denounced it as decadent.

The ban does not affect shops and restaurants, but it is the first time such a ruling has been imposed in the capital.