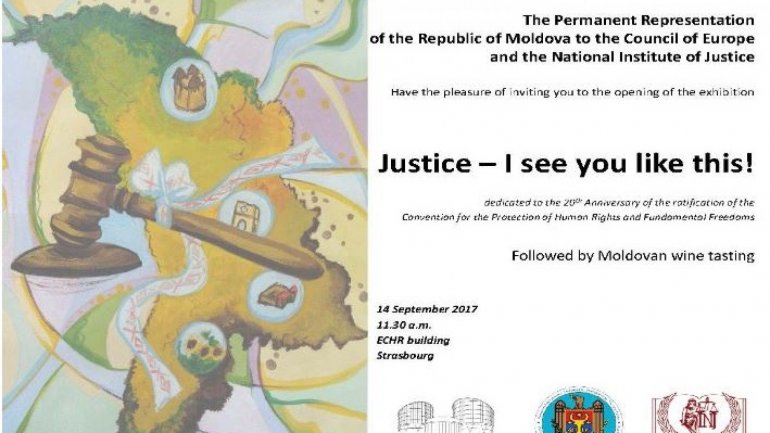 The European Court of Human Rights from Strasbourg hosts today "Justice- I see you like this!" exposition to celebrate 20 years anniversary since ratification of Human Right in the Republic of Moldova, wrote IPN.md

According to the National Institute of Justice the event was created in collaboration with the Permanent Representative of the Republic of Moldova to the Court of Europe.

The exposition is made out of creation painted by children, ranging between 11 and 17-year-old on the topic of how they perceive justice.

All the works sent to Strasbourg have won the National Competition of Arts with the same name, hosted on 27th January lasting to 31st May.

The main idea of the project was to allow children to express themselves through painting and teach them the importance of justice in a society.

The criteria for deciding the winners were: originality, creativity and technique.