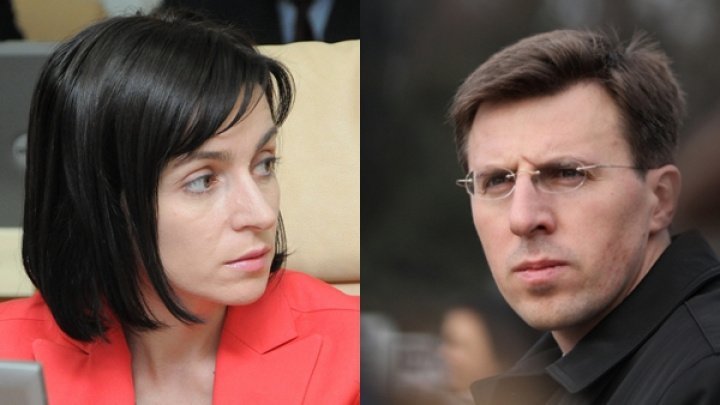 Painful replies between PAS leader Maia Sandu and former Mayor of Chisinau Dorin Chirtoacă. Sandu says she will not allow the former mayor to use protests to feed his pride. Chirtoacă had previously accused her of not giving Dorin Chirtoacă the floor during the protests against the invalidation of elections in Chisinau.

In this context, Dorin Chirtoacă reminds the leaders of PAS and DA that they were not so reluctant in 2015 when they shared a common front with Usatâi and Dodon.

In a show of private TV show, Maia Sandu said Dorin Chirtoacă wants, through protests organized by extra-parliamentary opposition leaders, to check how much people appreciate him.

"Dorin Chirtoacă needs to understand that it's not the right place to verify whether the people love him. He can gather his supporters to join protests. For discussions like "I want to stay in front of people to verify how many people support me" are inappropriate".

Dorin Chirtoacă's reply was not to be expected. He wrote on facebook that Sandu's pretext is invented. Moreover, Chirtoacă is puzzled by the fact that Maia Sandu and Andrei Năstase protested without difficulty with Usatâi and Dodon in 2015.

Earlier, Dorin Chirtoacă said that three years ago he was called to join Dodon and Usatâi. At the same time, his uncle Mihai Ghimpu accused DA Party of joining PLDM, who was an accomplice to the theft of the billion dollars. Now, according to Ghimpu, they make the "savior's policy" to take the power to reassert them again.