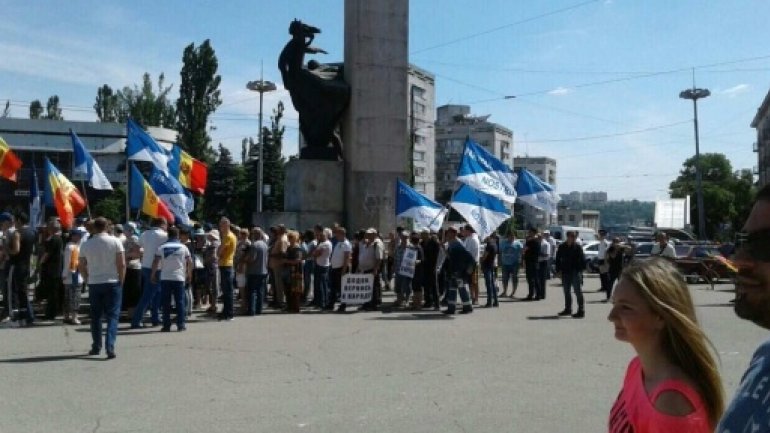 Despite being offered money, around 120 persons have participated at today's protest.