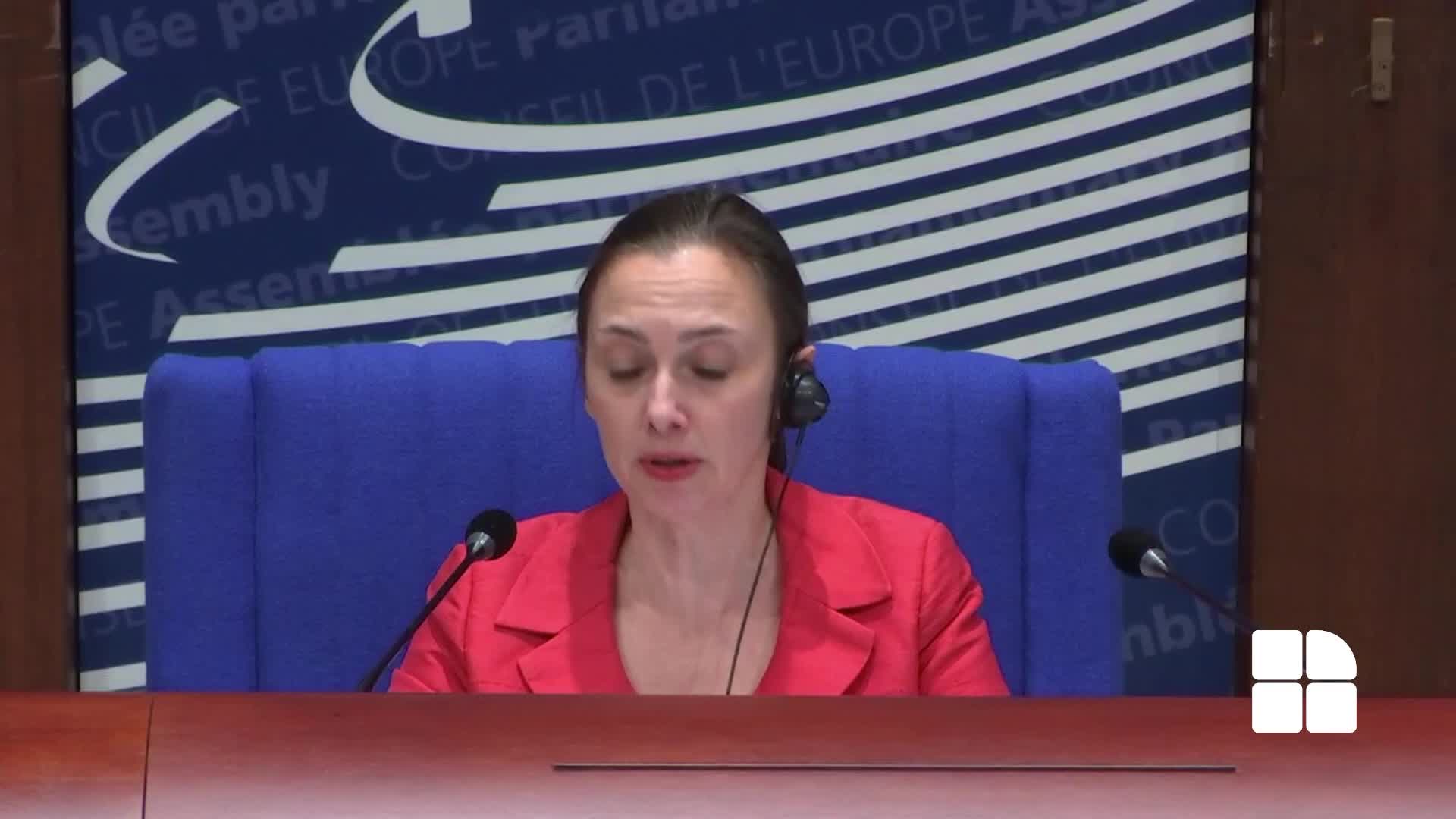 "Although we hear strong statements from the Government about good intentions, unfortunately, the actions show opposite. A real “witch hunting” was launched against the leaders and members of the opposition parties.[...] Many abuses and breach of rules and procedures when the Parliamentary immunity is lifted. [...] Council of Europe shall stay close and monitor what is happening in Moldova. Everybody has high expectations for the new Government, but there is a big risk that these high expectations for success will turn into a big failure," mentioned Candu.

The co-rapporteur of report on functioning democratic institutions in Moldova has prevented the current government from doing too much zeal in "depoliticizing" the state institutions.

"Yes, clean up the system is good, but this should not turn into a 'witch hunt', because this will be counterproductive," said Maryvonne Blondin, co-rapporteur on the resolution on Moldova.

Andrian Candu highlighted that hundreds of people, professionals working in the Government or other state institutions, were fired just because they worked with previous Governments.

"And this is happening while Moldova is facing a difficult challenge with the lack of qualified human resources, many Moldovans leaving the country" ,added the Democrat MP.

The ruling coalition set up a very important goal – to de-politicize the institutions. For example, the Constitutional Court.

Moreover, he noted that important laws are approved without any expertise from Venice Commission, as it was the recent case, when the Superior Council of Prosecutors, was replaced by the Government commission to select candidates for General Prosecutor, while the Constitution provides otherwise.

The French delegate to PACE Frederic Reiss, however, remains optimistic about the new government.

"The new parliament is still young. It has many good visions although it lacks experience. When you see a member of this parliament saying that democracy can be strong if we fight for it every day, you should be optimistic about the future of Moldova", concluded Frederic Reiss.

Inga Grigoriu, Vice-President of Committee for environment and regional development, also delivered her speech at PACE. She decided to repeat the speech while another rapporteur spoke about the functioning of state institutions in Moldova. It failed to help her much, because she delivered a speech in English that was difficult to understand.

"We want things to move faster, as our citizens demand, but we have promised that we will make a lasting change, with profound results that will be known in time," said Inga Grigoriu.

In the end, the report on functioning democratic institutions in Moldova was voted with 30 votes in favor, six against and two abstentions.

The document included several aspects stated by Andrian Candu in his speech. Paragraph 5 of the resolution mentions that the rights of the opposition must be respected and violations of democratic norms are prohibited.

Also, Paragraph 10 draws attention to the fact that the PACE is concerned about the lack of transparency when appointing judges of the Constitutional Court. The resolution also refers to the justice reform, which should be implemented only based on the recommendations of the Venice Commission and the Council of Europe.

As regards the registration of candidates for local elections, the PACE has requested the Chisinau authorities to ensure the respect of democratic standards.