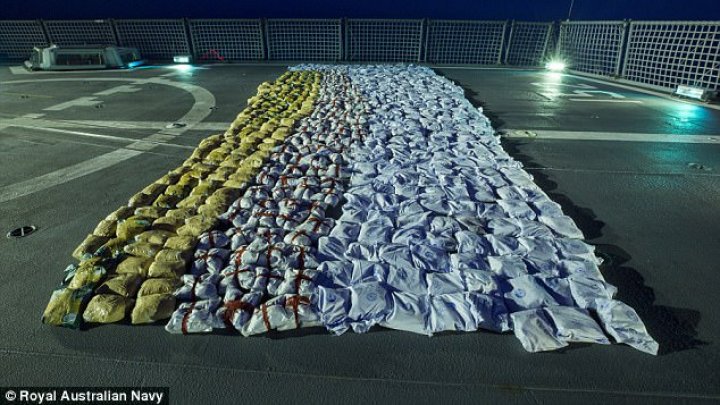 The Australian Navy has helped seize more than 900 kilograms of heroin in the Western Indian Ocean, worth more than $270 million, wrote dailymail.co.uk.

HMAS Warramunga intercepted a boat carrying the drugs on Wednesday after the vessel was spotted by a Royal New Zealand Air Force aircraft.

The Warramunga has seized and intercepted six vessels carrying drugs since November, according to Rear Admiral Jaimie Hatcher.

'This operation highlights the important role played by partner nations, as part of the Combined Maritime Forces, in increasing maritime security in the Middle East and Western Indian Ocean.'

In the past eight weeks, Warramunga's crew has been involved in the seizure of more than 11.5 tonnes of hashish and over one tonne of heroin, valued in excess of $900 million.

The illegal drugs were transferred to Warramunga for disposal at sea.