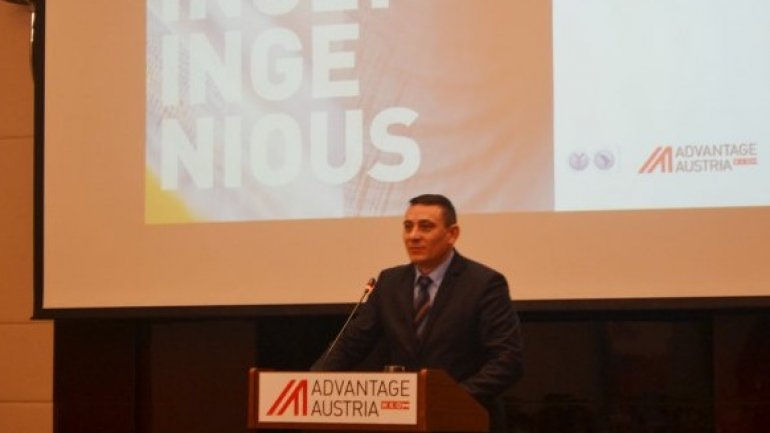 Over 70 economic agents from Moldova and 20 of Austria today participated in an economic forum, Moldova-Austria, held within the 16th issue of the national exhibition Made in Moldova, according to Moldpres.

In the opening of the event, the head of the Chamber of Commerce and Industry, (CCI), Sergiu Harea, voiced confidence that the forum would raise to a new and qualitative level the practices meant to create a friendly climate for the development of the commercial and economic relations between Moldova and Austria.

For his part, Deputy Prime Minister, Foreign and European Integration Minister Octavian Calmic thanked the Austrian companies which invested in Moldova in the banking sector, constructions, transport, etc. and gave assurances that the Moldovan government would back all measures undertaken by the business environment from the two states. The deputy prime minister wished success to the economic agents present at the forum and encouraged them to sign as many as possible cooperation contracts.

Attending the event, the vice president of the Austrian Economic Chamber, Richard Schenz, stressed that “Austria and Moldova have successful bilateral cooperation relations and the today’s event will get closer the two countries even more.” Schenz also said that Moldova went through a slower, yet more visible period of development and Austrian companies continued coming with large investments in more activity sectors (medical system, transport, IT, etc).

Data by the National Statistics Bureau (BNS) shows that the balance of trade recorded in January-November 2017 was in favour of Austria, standing at 44.478 million dollars. On this period, the export of goods grew by 17.85 per cent and amounted to 24.2 million dollars and the import dropped by 18.59 per cent against the first 11 months of 2015, standing at 68.7 million dollars.
AFLĂ imediat Știrile Publika.MD. Intră pe Telegram