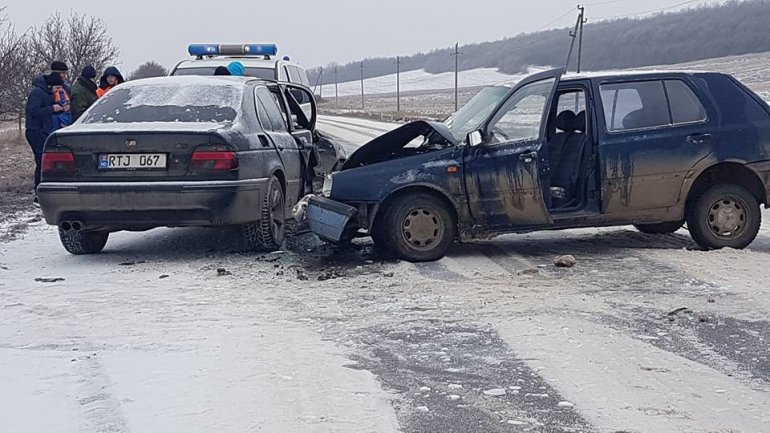 The weather and people's negligence caused over 88 accidents in the country in the last 24 hours. Following them, two people have died and 21 were injured.

Last night, over 300 road workers have been working hard in order to clean national roads from snow.

In addition, five cars were towed by rescuers after they remained stuck in snowdrifts.

Last night, rescuers intervened in the kindergarten in Causeni town.

Firefighters intervened in the case of a truck that skidded in Hincesti town.

State Road Administration announces that the snow removal routes have been trained 274 trucks that have spread nearly 1,500 tons of material skid.

In the capital, 55 employees of Municipal Enterprise "Exdrupo" have worked all night.

Road workers scattered over 650 tons of non-skid material. For this winter, the municipal authorities have prepared 80,000 tons of salt and sand.