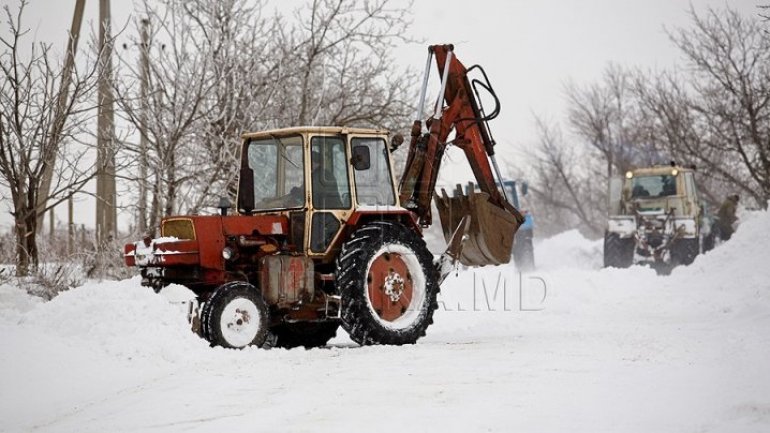 According to the State Road Administration, more than three thousand tons of non-skid material were scattered on the country's routes, and 330 technical units and more than 300 workers are involved in these works.

Employees of the IGSU's territorial subdivisions jointly with INP employees are patrolling and monitoring the streets with snow-related risks.

Three crisis cells were created at the request of the Government, in the North, in the Center and in the South of the country, where the situation on the roads will be monitored.

In addition, the border police announced that this morning, due to the electricity disruption on the Ukrainian side, two Giurgiulesti-Reni and Ceadir-Lunga-Maloiaroslaveţ crossing points ceased activity. Authorities recommend people opt for other crossing points.

At Chisinau International Airport, because of the snow, six flight delays on landings and two delays on takeoffs.