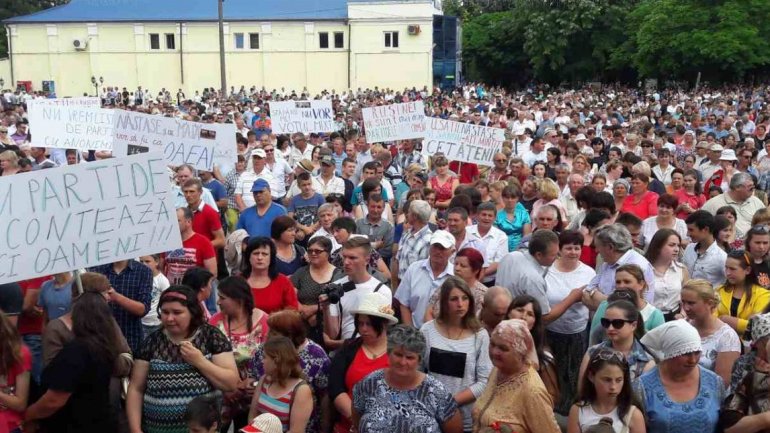 Over 30 thousands persons in the whole country are protesting in favor of the change of electoral system.

Thousands gathered in Edinet to request the change of the current electoral system. People say they want a direct vote directly for their deputies. The action is supported by artists, deputies and mayors.

Moldovans have also gathered supporting the mixed voting system in Ialoveni. There are presidents of districts, mayors, deputies.

Meanwhile, those present at the rally say they want changes, which is why they came out today to support the change of the voting system.

Also, thousands of residents of Cahul town went on a rally in support of the project to modify the current electoral system.

Supporters say they expect up to 10,000 people.