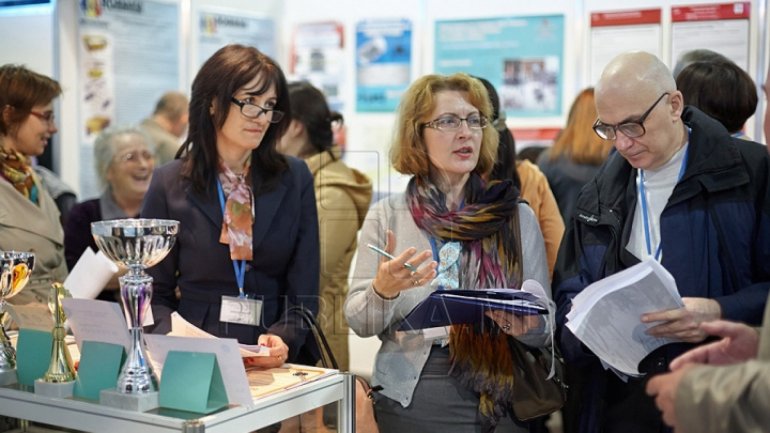 Devices to purify the environment and to protect crops from birds are one a few of the equipment displayed in Ungheni. Such fair is held for the first time in Moldova have attracted over 30 local and Romanian inventors.

Tatiana Pâslari from Chisinau is a scientist who begun creating innovations two years ago. At the exposition, she presented a machine that can purify water. The young inventor wishes to use her device to be used in various fields.

"I noticed that bacterias are being very easily eliminated" Tatiana Pâslari said.

Doriana Agop-Forna, a dentist from Romania has came up with an equipment that can eliminate dental infections. It is first of its kind in Europe.

"It can stop bacteria from spreading. Using ultraviolet we ca make radiation destroy infections from within" Doriana Agop-Forna declared.

Even researchers from the Science Academy of Moldova have came up with a few things.

"This device can automatically count the volume of gas and water. A hybrid of rye and wheat, more resistant to harm, low temperatures, drought and provides a harvest twice, or ever three time bigger than usual crops", Academy's president Gheorghe Duca announced.

"The most interesting thing for me was the water purifying device. I liked the sterilization basket that seemed just as useful."

"I love those beautiful ideas and think that those young people will not stop here."

The inventions were evaluated by a group of experts and the top 10 will be displayed in Chisinau at the end of November.

"The most interesting and creative one will be implemented. We will find opportunities to mass product it so that they will not be just nice displayed, but ones that can be used" the jury's president Vasile Botnari said.

It is the 8th edition of the International Fair of Inventions and Practical Ideas.