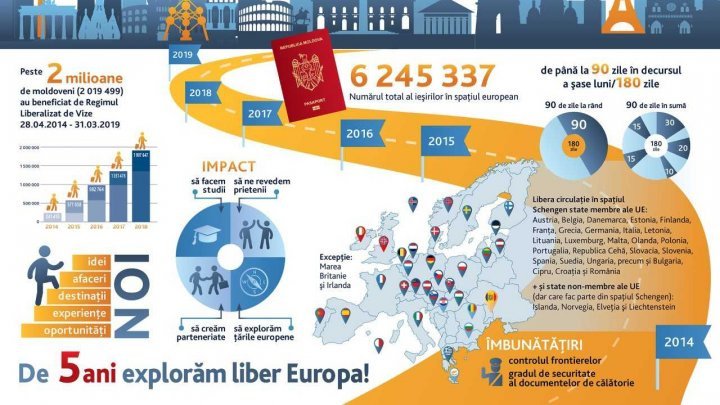 Over 2 million Moldovans have benefited from visa-free regime in Europe during 2014-2019. Over 6 million crossings registered in the same period.

Republic of Moldova was the first country of Eastern Partnership who obtained visa-free regime with European Union (EU).

According to the European Border and Coast Guard Agency, there were about 0.3% of incoming refusals and 0.5% of irregular cases.

Moldovan citizens prove to be responsible towards freedom in Europe.