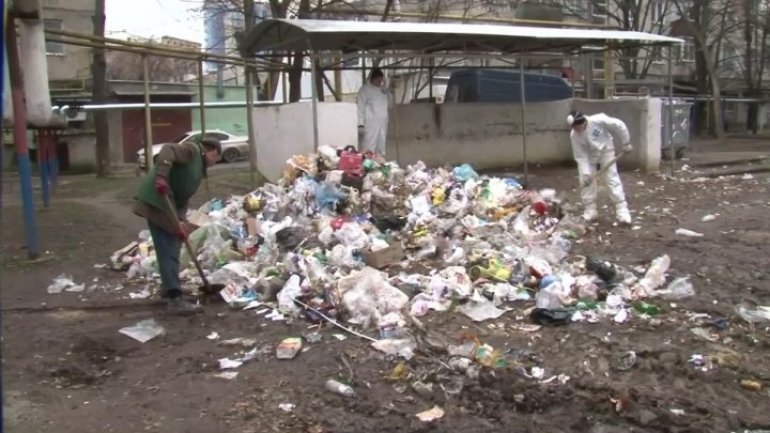 Hundreds of workers and carabinieri continue cleaning up the Bălţi city. Nearly 75 per cent of the waste was removed today in the city. Probably the cleanliness will be finished until this evening.

Over 250 workers started working at 8 o'clock in the morning. They say there's a lot of work to do but he hopes everything will be finished as soon as possible.

The inhabitants of Bălţi say they are very pleased that they will spend the winter holidays with fresh air.

"It was disaster and terrible, never ever been in our city before".

There is a kitchen camp set up by the Emergency Situation Inspectorate to provide workers meals every day.

The problem was two weeks ago when the local authorities terminated the contract with the company responsible for evacuating the garbage.