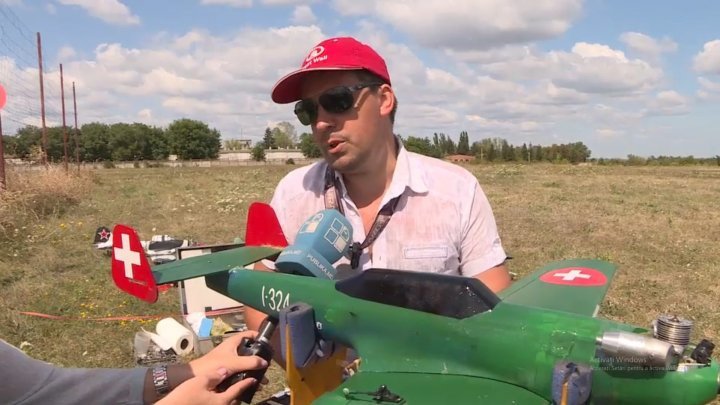 Over 25 airpleanes shaped of a toy took off on Vadul lui Voda airport. The flight depended on the way the airplanes were built, but also on the elements added by the authors.

Alexandru Daci is a surgeon, but he is also found of aviation. For ten years, he participates at such contests and always brings original pieces. This time, he brought four.

"This model is made the same way as the big airplanes are. For example, these are managed by our movements", said Alexandru Daci.

Mihai Postica is the youngest participant. At the age of 9, the boy says he knows everything about aviation and it is not the first time he participates at this contest.

"I want to prove that I am the best pilot, even though I am the youngest. My airplane will have the longest flight and I will prove I am strong", said Mihai Postica.

Iurie Utiralov came from Ukraine to prove his abilities. He says he didn't miss any editions of the contest.

"I am fond of this sport starting 2010. It is very interesting. I make the airplanes all by myself. As you can see, everything is done manually", said Iurie Utiralov, participant from Ukraine.

The visitors were impressed about the spectacle and said that they admired the planes.

"It was very interesting."

"I like it very much. I am here for the first time."

"I like it a lot. I came here to support my friend. I came from Belarus to attend this event. It is very interesting."

The contest is at its fifth edition.