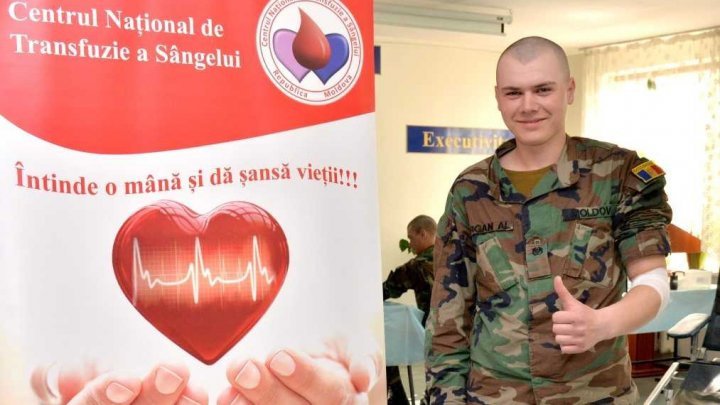 National Army soldiers to donate blood at the collecting centers of the Chisinau, Cahul and Balti garrisons. The event is organized by the Defense Ministry along with the National Center of Blood Transfusion on September 10 - 11 period.

Over 200 soldiers of the motorized infantry 'Moldova', 'Ştefan cel Mare' and 'Dacia' are expected to donate blood, according to colonel Sergiu Cirlan, the medical army direction chief.

The action is part of the Action Plan of 'National program of transfusion security and self-insurance of the country with blood products for 2017 - 2021'.