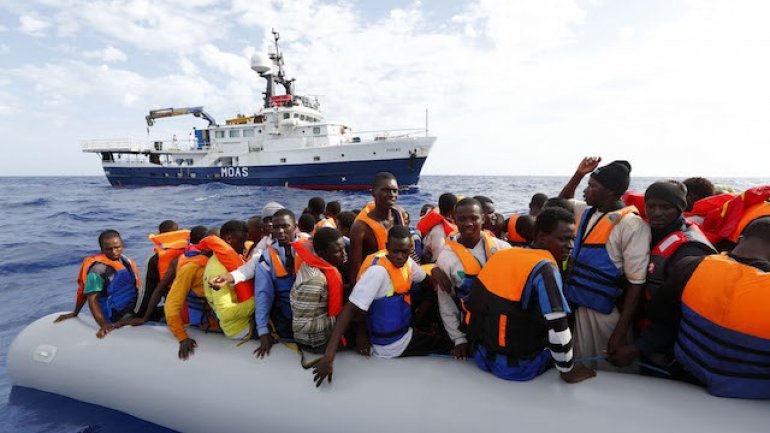 More than 200 migrants are feared to have died in the Mediterranean over the weekend, according to testimony from survivors, and several bodies, including that of an infant, have washed up on a Libyan beach.

About 7,500 people have been rescued off the coast of Libya since Thursday, the Italian and Libyan coastguards said. Two groups of survivors told the organizations that hundreds drowned when their rubber boats began to deflate before rescuers arrived.

More than 60 are feared dead and three bodies were recovered on Saturday, survivors brought to Sicily on Sunday told Italian coastguards. The boat left Libya carrying about 120, they said.

There was some discrepancy in the numbers. Based on its interviews with some of the survivors in Pozzallo, Italy, the U.N. refugee agency estimated the number of dead at more than 80.

Separately, Libya's coastguard picked up seven survivors over the weekend who said they had been on a boat packed with 170 migrants. Aid agency International Medical Corps, which gave medical care to the survivors, also confirmed their account.