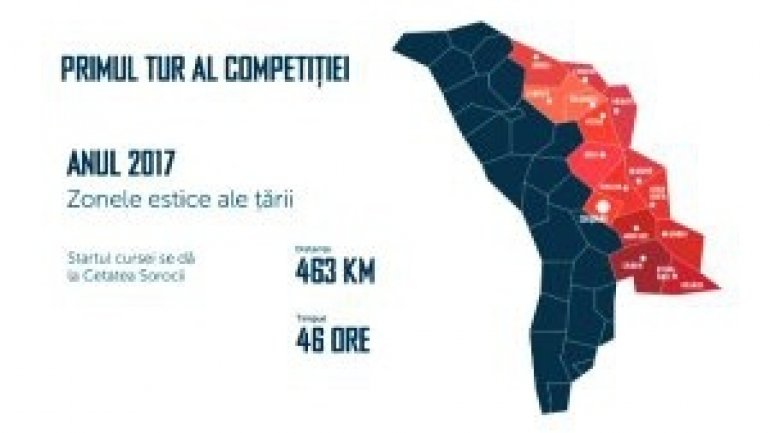 Two hundred people will run from north to south, including the eastern districts of the country, during the Rubicon marathon. The marathon starts today, February 10, in Soroca town.

The organizers decided to split the race into three stages - one-color flag of the country. One phase will be covered each year.

This year's route distance is 463 km and marathon running time is approximately 46 hours.

Rubicon trail will comprise 14 districts. Each is divided into several stages, each of 6-13 km. In total, there will be 43 of these steps.

The Rubicon idea is to run in extreme weather conditions. Time of the race was chosen based on weather statistics from Moldova for years.

According to them, between the 10th and February 15th, the weather is most severe: heavy snowfall is recorded and greater temperature difference.

Participants will receive awards for completing stages. For attending at least one stage, the participant will receive a badge with the emblem of the district. One of the goals is to gather participant badges from all districts.