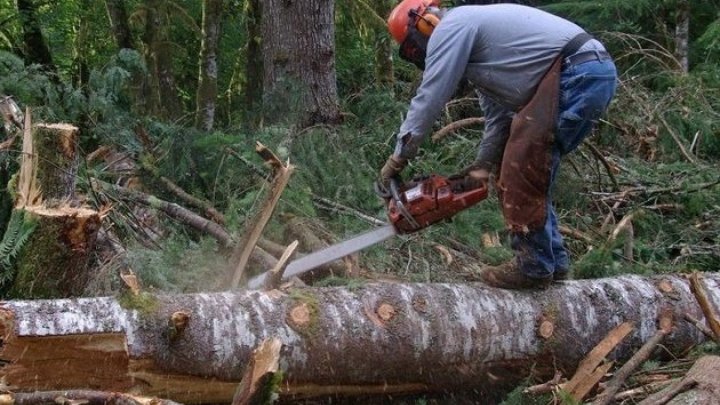 Hundreds of tree were illegally cut last year, bring damage to the state of thousands of lei. According to State Ecological Inspectorate, in 2017 were registered over 1 300 cases of trees being cut illegally.

"In 2017 we have registered a damage of 5 million lei, out of which 50% were recovered" Deputy Chief of State Ecological Inspectorate, Vadim Stângaci said.

Thieves were more active during the cold season last year. Therefore, during winter, police officers, silviculturists and ecological inspectors patrolled non-stop the forests from Moldova. Most cases being registered in forests localed near settlements. Recently, near Vatra town, six trees were cut down. The doer being caught and brought to justice.

Representatives of silviculture from Străşeni claim that during winter forests are being patrolled more carefully.

Highways are also being controlled more intensively. In recent months, over 30 meters of wood were confiscated, as people transporting it could not present any documents.

"Police officers are working to prove that the wood was stolen and take decisions. Until then, we will keep the wood" forest engineer Gheorge Staver declared.

Since winter begun, over 300 people were fined by police officers for cutting trees illegally.