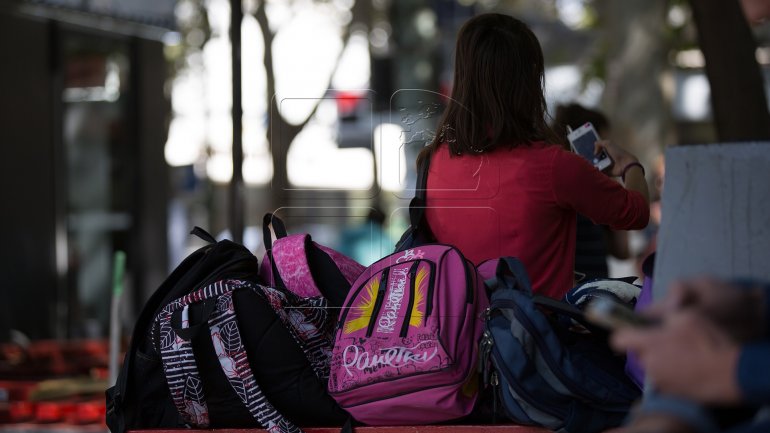 Outrageous case at the "Dante Alighieri" high school in Chisinau. A student says her teacher publicly humiliated her by saying her mother is working abroad and "wiping asses".

Everything happened yesterday, January 18th, during classes. On another hand, the teacher says that other students have addressed the offensive words about her mother, but not her.

The 11 year-old parents have been separated. After the divorce, the girl has been raised by her mother. However,  she had to leave the girl in the care of a friend and go to Scotland after her apartment has been taken away by the bank for an unpaid loan.

The child says that during art class, the teacher humiliated and insulted both her and her mother, and all colleagues witnessed the scene:

"I don't really care that you have no mother,no father and you are left alone. All I know is that she is working in Italy and wiping old men's asses".

While telling us what has happened, the little girl has been taken by her aunt which is also her teacher to a discussion with teachers.

And other students have faced the allegations:

"She said things about her father, about her mother, that she's filthy"

The teacher denies the allegations and says that she has made the observation to the pupil, who was not allowed to eat even during the lesson.

"I told her: "Don't eat and drink during my classes". And that's were comments were made, just like "Your mother wipes asses" , said Aurelia Chicu teacher.

The school administration argues that the case will be examined by the Ethics Board of the school. If guilty, the teacher will be severely punished.

"The Labor Code will be applied in this case." said deputy director of the high school "Dante Alighieri", Valeriu Gang.

Parents condemn the behavior of the art teacher:

Following this incident, the girl's mother intends to return home soon and register a complain if the police and the Ministry of Education.