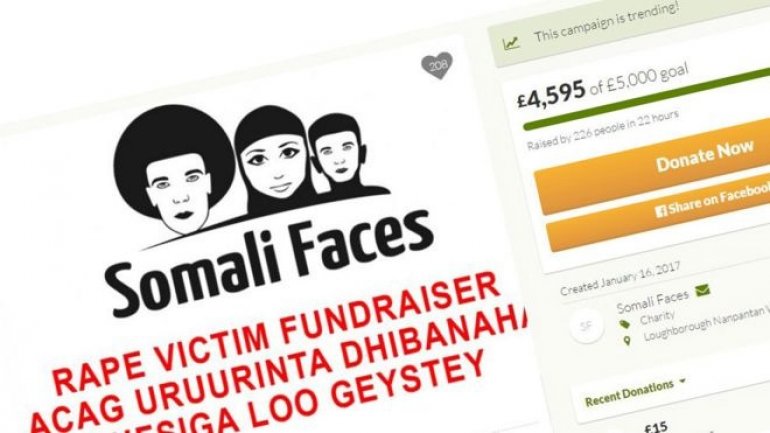 The gang rape of a 16-year-old girl has caused outrage in Somalia after pictures and a video of the incident began circulating on social media.

Campaigners have set up a GoFundMe page to raise money to help the girl and her family have had to flee their home "for fear of being ostracised".

She remains in hospital a month after the rape by six teenage boys took place in Galdogob, near the Ethiopian border.

District Commissioner Ayanle Farah Mohamed said the girl was being treated by doctors in Puntland province and the authorities were "very much saddened by the incident", informs BBC.

Activists on social media are pushing for the rapists to be properly punished.

Some have spoken out against the Somali traditional practice of "heer", which often deals with rape cases. Under the tradition, clan elders can intervene to organise for compensation to be paid, which means perpetrators can escape jail.

Somali Faces, an online platform set up to share stories of Somali people from around the world, is behind the GoFundMe page published on Monday.

It said "social media has been ablaze with fury after horrifying pictures" emerged of the brutal rape.

The group said that it although it was not a charity it had decided to raise funds after receiving "numerous messages from around the world asking whether Somali Faces can help the victim and her family".