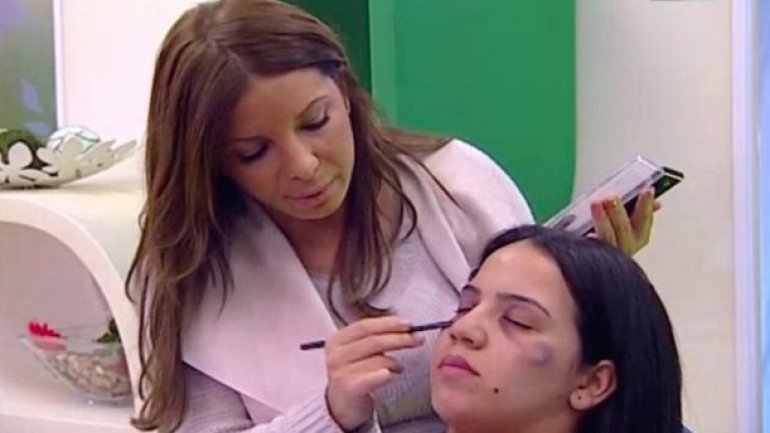 Women in Morocco have reacted in horror after a programme on state television demonstrated how they could use makeup to cover up evidence of domestic violence, relates The Guardian.

The segment in the daily programme Sabahiyat, on Channel 2M, showed a smiling makeup artist demonstrating how to mask marks of beating, on a woman with her face made up to appear swollen and covered with fake black and blue bruises.

“We hope these beauty tips will help you carry on with your daily life”, the host said at the end of the segment, broadcast on 23 November – two days before the International Day for the Elimination of Violence Against Women.

The response was immediate, and outraged. A petition signed by hundreds of women demanded an apology and sanctions against the station. One man tweeted that the segment had left him speechless.

The channel has since removed the clip from its website, but it has been circulated on Twitter.

The channel has also placed a “clarification” on its Facebook page, saying that the section was “completely inappropriate and has an editorial error of judgment in view of the sensitivity and the gravity of the subject of violence against women”.