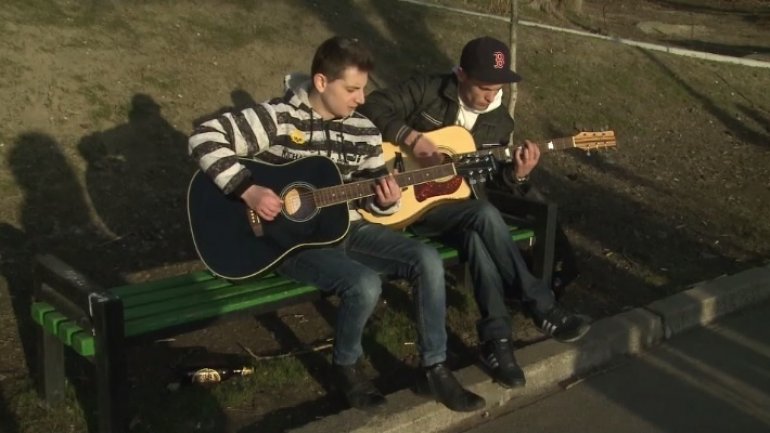 An outdoor show has been organized on Saturday, March 4th in a park in Chisinau. Several music fans have delighted passerby with a street concert.

The aim was to promote quality music and to make people happy.

Young people who organized the concert said that they wanted so bring spring in people's hearts. Passersby were impressed by this show outdoors. Some people say that such concerts are done in major cities in Europe.

The boys promised to do it again.