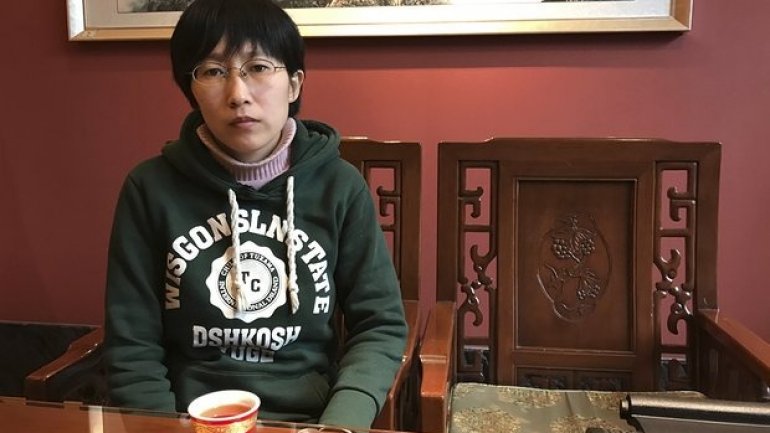 Chinese authorities faced a bitter outcry after executing a villager who became a symbol of injustices endured by the country’s disenfranchised masses, reports The Guardian.

Jia Jinglong, a farmer from the northern province of Hebei, was put to death on Tuesday for the murder of a Communist party official he blamed for destroying his life.

Jia had been convicted in 2015 of using an adapted nail gun to kill He Jianhua, the 55-year-old chief of the village where he lived.

Jia, 29, claimed he carried out the killing in February 2015 in retribution after the official masterminded the illegal demolition of his home two years earlier on the eve of his wedding, which Jia’s fiancée subsequently called off.

Jia’s lawyers did not dispute that he was responsible for the killing but instead sought to portray him as the victim of an unjust and ineffective judicial system that frequently fails China’s poor.

The country’s legal community rallied behind the farmer as he waited on death row and, unusually, state-run newspapers also attempted to stave of the threat of execution.

“Jia would probably not have acted as he did if his loss had been properly taken care of,” the China Daily argued in a recent editorial which urged authorities to halt the execution and “avoid the double tragedy to which we are dangerously close”.

The newspaper claimed Jia had killed the official in response to “the ruthless, illicit forced demolition of his home”, adding: “We feel strongly that the [execution] order must not be carried out”.

Those pleas for mercy fell on deaf ears, to the dismay of campaigners and supporters who viewed his sentence as a travesty of justice.

Xinhua, China’s official news agency, said Jia was executed on Tuesday morning in the northern city of Shijiazhuang after a local court ruled the sentence should be carried out. The prisoner was reportedly allowed to meet relatives shortly before being executed.

Zhang Qianfan, a Peking University law scholar who was among those calling for Jia’s life to be spared, said he felt disappointed and heartbroken.

“The legal community and the whole of society have been calling for the death penalty not to be carried out. But in the end even this wasn’t able to change the court’s decision. I think it shows indifference towards a citizen’s right to life.”

Zhang noted that the wife of the disgraced Communist party politician Bo Xilai had escaped execution for the 2011 murder of British businessman Neil Heywood and her attempts to cover up the crime.

“She was not sentenced to death so what is the reason to sentence an ordinary person to death?” Zhang asked.

Criticism also rained down from the general public who saw Jia as a symbol of the commoner’s struggle against rampant injustice.

Zhang, the legal scholar, said many Chinese citizens empathized with how Jia appeared to have believed that such drastic action was “the only way to vent his emotions” having failed to secure compensation through legal channels.

In an interview on the eve of his execution, Jia’s sister, Jia Jingyuan, said the wrongdoing he had suffered resonated with many citizens who felt justice was beyond their reach.

“Because my brother is part of this society’s underclass, he represents the lives of many ordinary people,” she told the Associated Press.

“What he has experienced is what many are going through or will be going through … There is a lot of injustice in society and people’s basic rights haven’t been upheld.”

A 2012 Amnesty International report claimed there had been a spike in such demolitions, with local authorities using suspect land deals to offset huge debts.

The result was a wave of “deaths, beatings, harassment and imprisonment of residents who have been forced from their homes across the country in both rural and urban areas”, Amnesty said.

“Some were in such despair they set themselves on fire in drastic protests of last resort.”