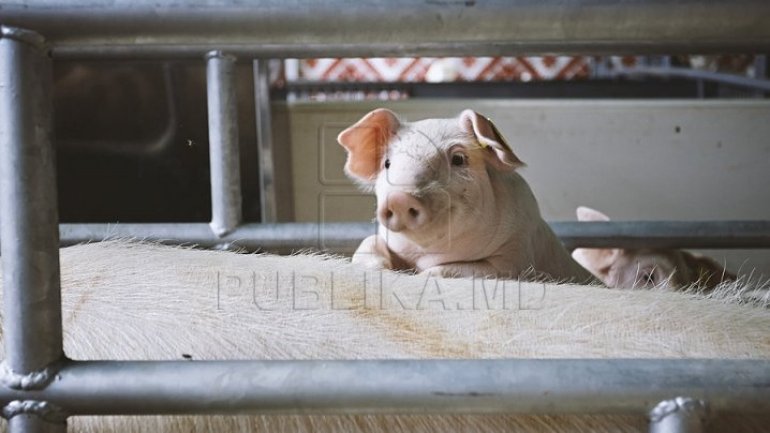 Quarantine's been instituted in Palanca village due to outbreak of swine fever. All road accesses are closed, exit and entry of locality are installed with sanitary filters. In the meantime, National Agency for Food Security (ANSA) effected verification in Tudora village where there is suspicious symptoms of illness.

In Palanca, 15 from total 333 pigs in the locality died due to swine fever, authorities do not exclude that number can increase. ANSA representatives believe that the virus has arrived in Moldova from Ukraine. Only in the last 24 hours, on the Moldovan-Ukrainian border 58 kilos of pork were burned.

"I consider that there are around 28 active outbreaks on the perimeter of Ukraine. Moreover, in Transnistrian area, we have 8 active points of outbreak from 18 crossing points. We don't really know what's going there. So the risk might be enormous", said Deputy Director ANSA.

Authorities tightened controls at the border with Romania when swine fever case was detected in Satu Mare.

During this year, outbreaks of swine fever were recorded in Soroca, Edinet and Donduseni districts.