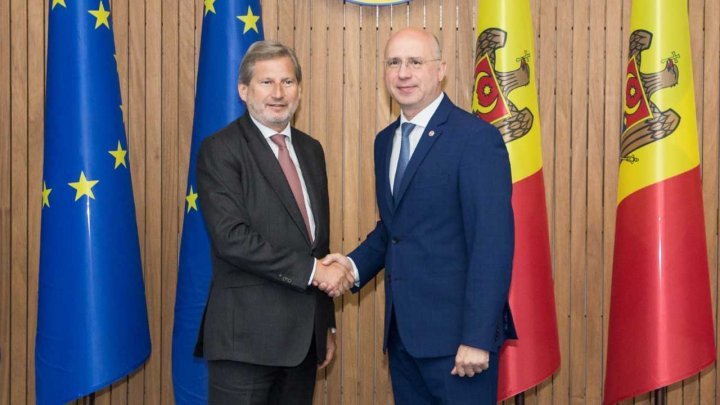 Our country's political situation and also the relations between Republic of Moldova and European Union were discussed by the PM Pavel Filip that had a meeting today with Johannes Hahn, the European Commissar for Neighbourhood Politics and Negotiations for Extension.

Officials pointed out the political stability-ensurance importance in the Republic of Moldova and also the reform continuing, based on the Association Agreement.

Commissar Hahn raised the expectations for the new Government in a way that they can be continued in the citizen's benefit and in cooperation with EU.

The PM Pavel Filip mentioned that on the governmental dimension, the pro-European vector is the only way of development for the Republic of Moldova. The consolidation of the politic dialogue and the development partnership with EU are it's main privileges.

The Executive Chief underlined that the Republic of Moldova relies on the EU's continued commitment in the reform agenda implementation, for the citizen's benefit.