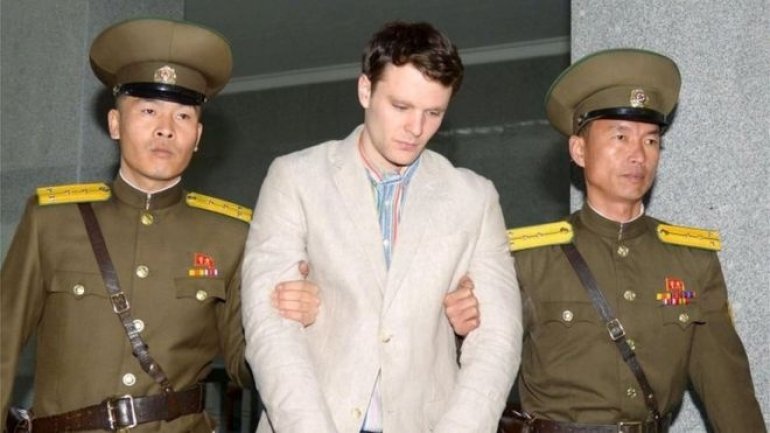 A team of US doctors have found "no sign of botulism" in the American student freed by North Korea after more than 15 months in captivity, BBC informs.

The regime had said the 22-year-old Otto Warmbier's coma was caused last year by botulism and a sleeping pill he took after his trial.

He has not spoken since his return to his family hometown in Ohio.

"His neurological condition can be best described as a state of unresponsive wakefulness," said Dr Daniel Kanter.

Mr Warmbier "shows no understanding of language" and has "extensive loss of brain tissue" which was likely caused by cardiopulmonary arrest, he said.