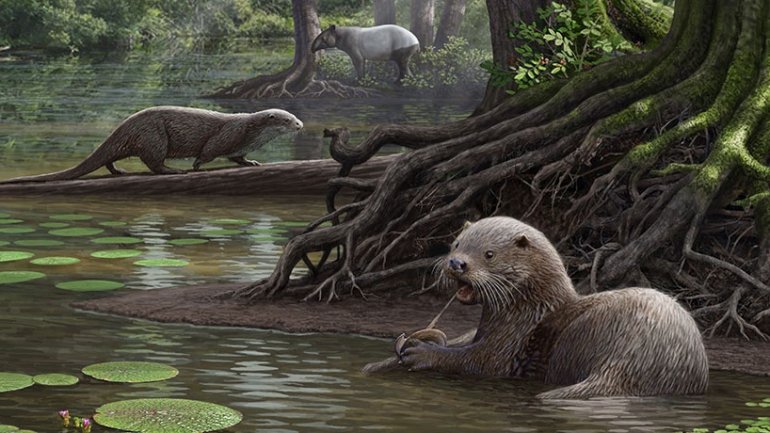 Fossils of a giant otter have emerged from the depths of an open-pit mine in China.

The crushed cranium, jaw bone and partial skeletons of at least three animals belong to a now-extinct species of otter that lived some 6.2 million years ago, scientists report January 23 in the Journal of Systematic Palaeontology.

At roughly 50 kilograms in weight, the otter would have outclassed today’s giant otter, a river-dwelling South American mammal weighing in at around 34 kilograms. Scientists named the new species Siamogale melilutra, a nod to its unusual mix of badger and otter features. Melilutra is a mash-up of the Latin words for both creatures.

Badgers and otters both belong to a group of carnivorous animals called Mustelidae, but scientists have had trouble figuring out where to place extinct members in the mammalian family tree. (European badgers and modern otters share similar-looking teeth and skulls.) Still, Siamogale melilutra, however badgerlike, is indeed an otter, researchers concluded after CT scanning, reconstructing and analyzing the fossil skull.