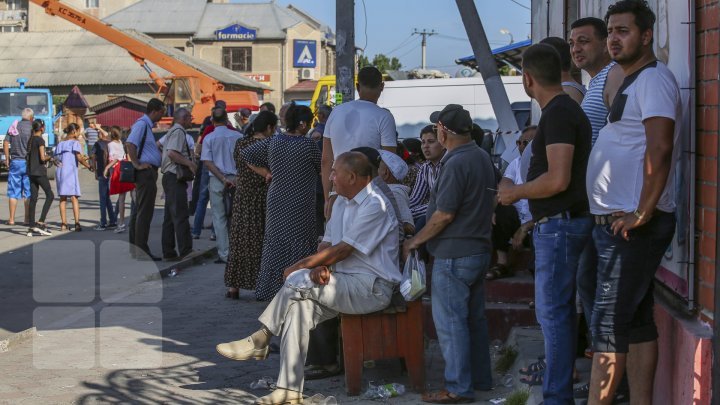 The Otaci evacuees are threatening with rallies and Otaci - Moghilev - Podolsk custom's blocking in case of not receiving today the money for new homes. The declaration was made by the evacuees within the Emergency Situation Committee's Session of Otaci.

At the sessionare discussing representatives of the local authorities, of the central administration and a few dozens of evacuees which are following to come to a common sense regarding the money amount which people are going to receive for their new homes.

Previously, they have been offered for two-roomed apartments a sum of 212 thousand MDL and 277 thousand MDL for the three-roomed ones. The evacuees were claiming that the offered sum is too small and asked for at least 5% more. The responsible people promised to show the offers to the Government to subsequently come with an answer.

For more than a month, 46 people, among which are also 11 children are continuously remaining homeless On June 19, a part of a block with 18 apartments from Otaci, has crashed. But the whole block with 36 apartments was damaged. The authorities managed in time to evacuate the people before the whole building crashed.

Until now, the inhabitants of the neighboring block are also evacuated and the date of their returning home is not clear. An expert squad is monitoring the construction's safety.
AFLĂ imediat Știrile Publika.MD. Intră pe Telegram