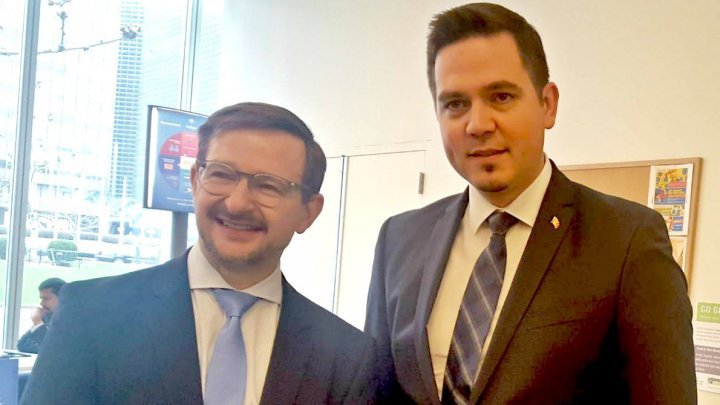 Organization for Security and Co-operation in Europe (OSCE) welcomes the signing of protocol decision on joining of vehicles in the Transnistrian region in international roads. The document is supposed an important step in settling the Transnistrian conflict, it has been said by OSCE Secretary General Thomas Greminger in New York at a meeting with Minister of Foreign Affairs and European Integration Tudor Ulianovschi, who attends the UN General Assembly High-Level Meeting on Sustainable Peacebuilding.

The OSCE Secretary General noted that the negotiations in the Transnistrian settlement process have made notable progress, including the openness and political will of both sides.

The official noted that the OSCE will support the efforts of  participants in the negotiations for the settlement of the Transnistrian conflict, respecting the principle of sovereignty and territorial integrity of Moldova, granting a special status to Transnistria.

Minister Tudor Ulianovschi appreciated the position of the OSCE, noting that the settlement of the Transnistrian problem is one of the basic objectives of the government program, and all the efforts of the authorities are aimed at creating the political premise for the peaceful settlement of the conflict on the Dniester.