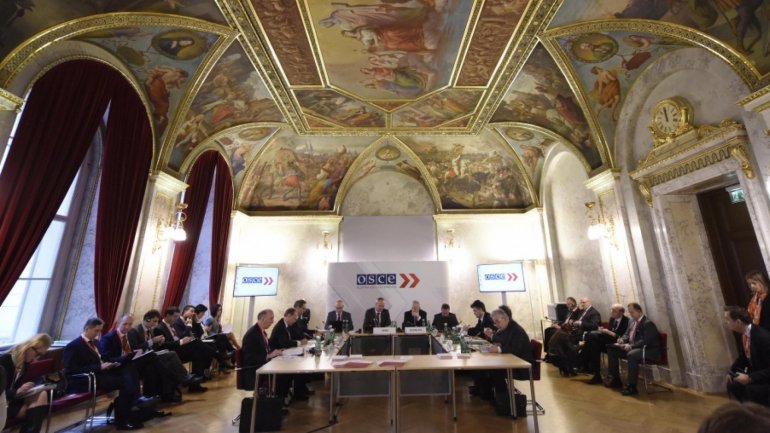 Local communities and businesses on both sides of the Dniester/Nistru River and across the wider region will benefit from agreements on several social and economic issues reached by the Sides in the Transdniestrian Settlement Process, said OSCE Chairperson-in-Office and Austrian Foreign Minister Sebastian Kurz, and OSCE Secretary General Thomas Greminger.

Kurz, in his visit to Chisinau and Tiraspol earlier this year, underscored the Transdniestrian Settlement Process as a priority for the Austrian OSCE Chairmanship, and had called upon the Sides to show commitment to the Process and to work for results.

“Following the decision to open the Gura Bicului-Bychok Bridge across the Dniester/Nistru River and its swift implementation, we are seeing significant progress in the negotiations for the first time in more than a decade,” said Kurz. “We welcome this constructive engagement and believe the other economic and social issues – which have been discussed for many years - can be solved swiftly.”

Kurz highlighted that there are wide political and economic benefits of the recent developments for Moldova and the Black Sea region as a whole.

The OSCE Secretary General Greminger joined Kurz in welcoming the outputs achieved by the Sides in the last two weeks that will advance the Settlement Process.

“The recent progress provides momentum and a positive impulse for the OSCE as a whole. As well as delivering positive change to local populations, the progress made is of significance to the whole OSCE area. Positive developments reflecting progress in Moldova are good for the OSCE and all its participating States.”

Kurz and Greminger called for the speedy implementation of the social and economic issues which have been agreed. They noted that OSCE efforts and the will of the political leaderships, chief negotiators and concerted collective efforts of the international partners in the 5+2 format have produced tangible results.

In 2017, Special Representative of the OSCE Chairperson-in-Office Ambassador Wolf Dietrich Heim, together with the Head of the OSCE Mission to Moldova Ambassador Michael Scanlan, have led the Process.

The goal of the 5+2 talks is to work out the parameters of a comprehensive settlement based on the sovereignty and territorial integrity of the Republic of Moldova within its internationally recognized borders with a special status for Transdniestria, as reconfirmed by all 57 OSCE participating States in the Ministerial Council Statement agreed in Hamburg on 9 December 2016.

The 5+2 format includes representatives of the Sides, mediators and observers in the negotiation process – Moldova, Transdniestria, the OSCE, the Russian Federation, Ukraine, the United States and the European Union.