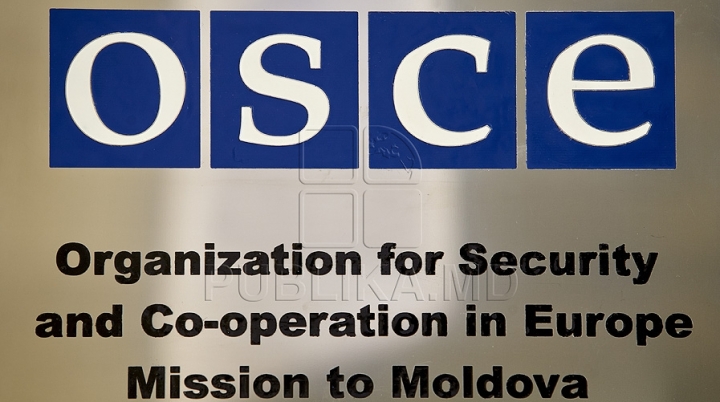 The Special Representative of the German OSCE Chairperson-in-Office for the Transnistrian Settlement Process, Cord Meier-Klodt, yesterday concluded a working visit to meet with Political Representatives in Chisinau and Tiraspol.

During his meetings, Ambassador Meier-Klodt urged the sides to follow up on their commitments made in the Berlin Protocol, signed at the 5+2 talks in June 2016. He also echoed the earlier call for the sides to maintain the Berlin momentum made by OSCE Chairperson-in-Office, German Foreign Minister Frank-Walter Steinmeier.

“The 5+2 meeting in June established a new approach in the dialogue between Chisinau and Tiraspol centred on achieving specific and attainable goals in a defined timeframe,” said Ambassador Meier-Klodt.

“However, in addition to their active engagement at the 1+1 and working group levels, this new approach requires the sides to invest the necessary political will and resources to help bring these agreements to fruition.”

In this vein, the Special Representative welcomed Moldova’s public commitment to develop a policy concept on a special status for the Transnistrian area at the beginning of 2017, and to simultaneously strengthen its institutional capacities to engage in the settlement process.

“Such publicly voiced commitments are encouraging but must be put into practice,” the Special Representative noted. “We call on both sides to move forward with implementing their commitments within the internationally endorsed parameters of the conflict settlement, and not to lose sight of the opportunity created in Berlin for a results-oriented dialogue.”

The visit included a meeting of resident Ambassadors of the Mediators and Observers in the 5+2 talks, hosted by the Head of the OSCE Mission to Moldova, Ambassador Michael Scanlan, who welcomed the international partners’ continued unified approach and support for the sides in moving the process forward.

Talks in the 5+2 format include the participation of representatives of the sides, Mediators and Observers – Moldova, the Transnistrian region, the OSCE, the Russian Federation, Ukraine, the United States and the European Union, according to OSCE.org.