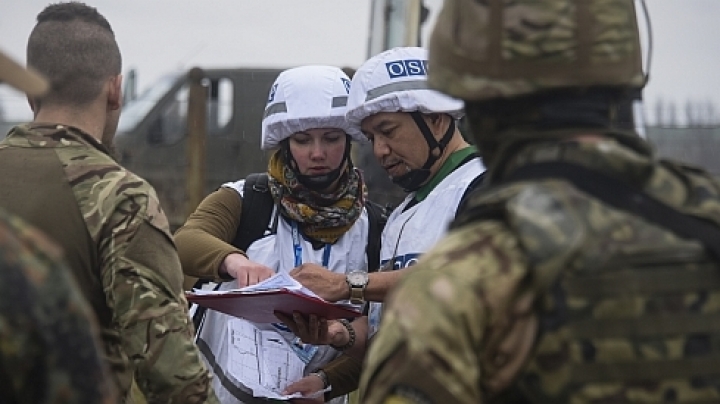 Gunmen of the so-called Donetsk People's Republic (DPR), which Ukraine considers a terrorist organization, threatened to kill the OSCE Special Monitoring Mission (SMM) observers near the village of Lukove, the mission said in its report late on July 29.

The incident happened when the monitors saw fresh tracks, assessed as caused by an infantry fighting vehicle leading south from DPR-controlled Lukove (72km south of Donetsk).

Other armed men jumped out of the second vehicle and pointed their guns at the first SMM vehicle in a very aggressive manner, one DPR member made a "cut throat" sign to the monitors and took photographs of both SMM vehicles and the drivers.

After that, the SMM was ordered to follow the DPR members to a checkpoint in Prymorske (76km south of Donetsk, 5km south of Lukove), keeping the monitors at the gunpoint.

Eventually, the SMM was released from the area and returned safely to its base in Mariupol, Ukraine Today reports.