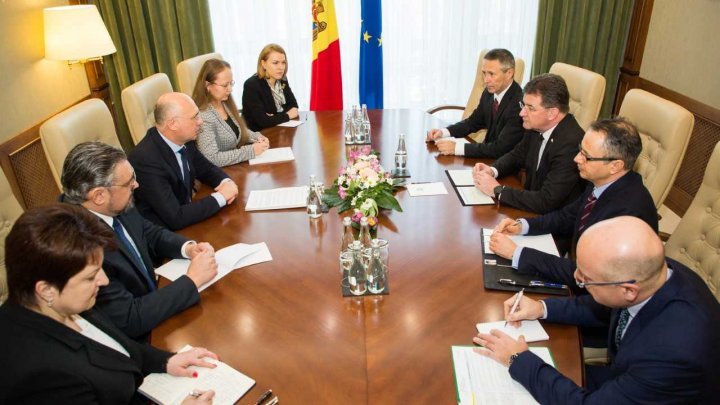 The prime minister said he had a difficult mission in 2019, given the unstable security environment. Pavel Filip expressed confidence that through joint efforts, an efficient collaboration will be developed to facilitate the dialogue in the political negotiations and advancement in the Transnistrian settlement process.

"We want to advance as much as possible in solving the Transnistrian problem and assure you of all openness and involvement in this. We have demonstrated throughout our term that we can demonstrate leadership in identifying solutions in the comfort of citizens. Just as people are a priority for us, "said Pavel Filip.

During the period 2017-2018 several protocols with impact on the population from the left bank of Nistru were signed.

OSCE Chairman-in-Office Miroslav Lajcak said that the visible progress of the authorities in strengthening the trust between the two banks of the Dniester is recognized and appreciated by the international community.

The official has spoken for the continuation of this course. Miroslav Lajcak mentioned that the OSCE Slovak Presidency for 2019 is under the slogan "For People, Dialogue and Stability" and special attention is paid to prevention, mediation and conflict mitigation.

Pavel Filip expressed his concern about two issues: the situation at the Colbasna ammunition depot, which poses a threat to the Republic of Moldova and Ukraine, and the military exercises in the security zone.

The prime minister called for the OSCE as a mediator to help ease the situation and to promote common goals regarding the urgent withdrawal of foreign military forces and ammunition from the territory of the Republic of Moldova.