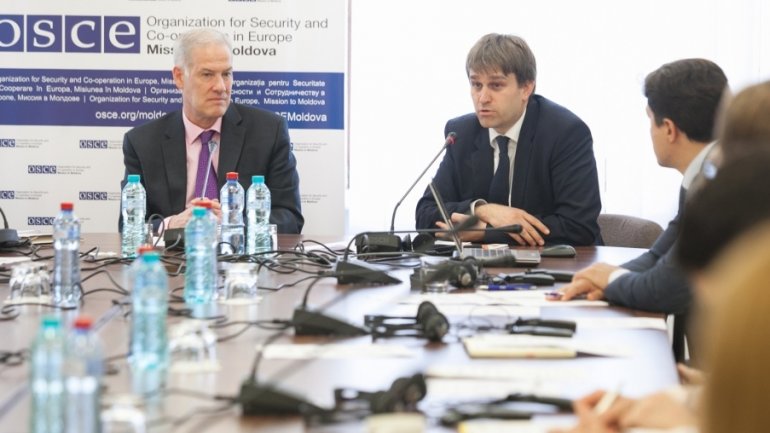 The importance of combating anti-Semitism through education in Moldova was the focus of a roundtable discussion organized by the OSCE Mission to Moldova and the OSCE Office for Democratic Institutions & Human Rights (ODIHR) in Chisinau on Monday.

The event brought together some 20 Moldovan Government and Parliament officials, international experts, and representatives of academia and the Jewish community to discuss effective approaches to education on anti-Semitism in Moldova’s specific context.

During the discussions, participants underscored that the best approach is one that systematically incorporates such study in the national curriculum.

"When young people are educated on the importance of tolerance and mutual respect, this helps create an inclusive and cohesive society, enriched by the contribution of all its members, including the Jewish community,” said Ambassador Michael Scanlan, Head of the OSCE Mission to Moldova

This event was organized as part of the ODIHR project, “Turning Words into Action to Address Anti-Semitism”, funded by the German government, and follows ongoing efforts by the OSCE Mission to Moldova and ODIHR to assist the authorities in increasing awareness and understanding of the Holocaust in Moldova.