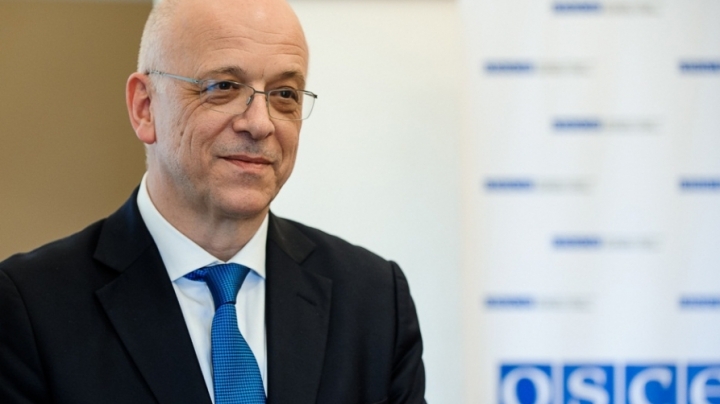 Moldova and the Transnistrian area have reiterated their readiness to implement the agreements reached at the Berlin talks in the 5+2 format on June 3, Cord Meier-Klodt, Special Representative for the Transnistrian Settlement Process of the Organization for Security and Cooperation in Europe (OSCE), said on Friday after talks with Moldova’s Prime Minister Pavel Filip, speaker of the Moldovan parliament Andrian Candu, president of the non-recognized Transnistrian Republic Yevgeny Shevchuk and speaker of Transnistria’s parliament Vadim Krasnoselsky.

He said that one of the provisions of the Berlin protocol, that on cooperation in the area of meteorology and environment protection in the Nistru river, has already been implemented.

Apart from that, the sides are yet to settle the problems of criminal prosecution of officials, recognition of Transnistria’s diplomas and car license plates and to establish cooperation in the areas of telecommunications, as provided by the Berlin document.

The OSCE representative noted that the sides have stepped up talks in the recent time and noted that he believes there is a real chance to remove a number of obstacles hindering people living on both banks of the Nistyru river.