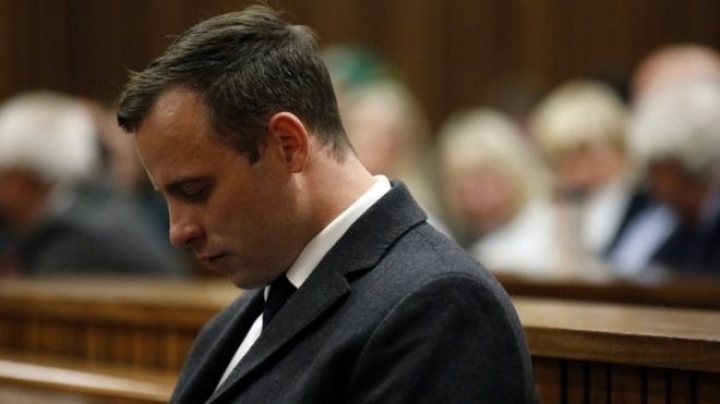 Oscar Pistorius has received emergency treatment for injuries to his wrists prompting speculation that he attempted suicide in jail, reports Daily Mail.

The Paralympian denied the injuries were a suicide attempt and claimed he had 'fallen out of his bed' in his cell at Kgosi Mampuru prison in Pretoria.

Pistorius, serving a six-year jail term for killing girlfriend Reeva Steenkamp, was taken to a private hospital and later returned to prison, prison officials have revealed.

It comes amid reports two razor blades had been found in the double amputee's cell after the incident.

'Oscar Pistorius denied speculations of a suicide attempt. As a policy principle we cannot further discuss a particular offender's personal condition in the public domain,' said Manelisi Wolela, a spokesman at the Department of Correctional Services.

Another spokesman,  Singabakho Nxumalo, had said earlier that Pistorius told officials he suffered injuries after falling out of bed.

South Africa’s City Press newspaper today reported that two razor blades had been found in the double amputee's cell during a search following the incident.

The paper quoted a guard at the prison as saying 'he had bad cuts on his wrists and the doctors kept wrapping bandages around them.'

A spokesman at the hospital confirmed 'contraband' had been found in the athletes cell.

Pistorius was taken to hospital at around midday on Saturday – just as the Olympics in Rio got underway.

Supporters of the former star of the London games have speculated on social media how hard the start of this year's tournament would be on the 'Blade Runner' – who has had a spectacular fall from grace since his historic performance in London exactly four years ago.

According to a prison source, Pistorius was well enough to receive visitors as normal today - Sunday being the standard day for contact with family and friends - and spent an hour chatting with family members and showed them his injuries.