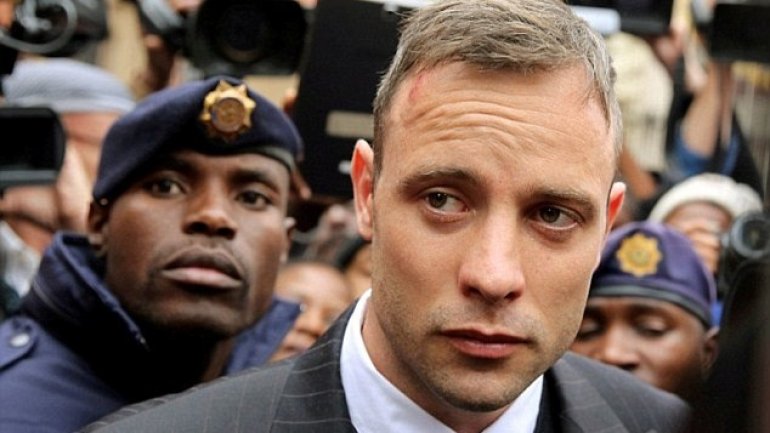 Oscar Pistorius has been transferred to a new prison in South Africa after demanding a move to a jail which has recently had new bath tubs installed, reports Daily Mail.

The South African government confirmed that the former Paralympian had been moved at his request to the facility, which they say is better able to accommodate disabled offenders.

Prosecutors have appealed the sentence, which they say is too lenient.

Pistorius, 29, had been serving time in the Kgosi Mampuru II prison in Pretoria but has now been moved to the nearby Atteridgeville Correctional Centre, which recently installed bath tubs during upgrades for disabled criminals.

The Department of Correctional Services says the Atteridgeville prison houses offenders serving up to six years in prison, and has rehabilitation and development programs for inmates.

Officials say Pistorius's disability previously required that he be held in a Kgosi Mampuru remand centre lacking such programmes.

The former athlete's prison transfer comes just a month after officials confirmed he had been secretly freed to join his family at a boutique hotel for a memorial service for his grandmother.

He was allowed out of the maximum security prison for four hours, under armed guard, for the celebration of Gerti Pistorius's life last month.

The shamed Olympian was given 'compassionate leave' to attend the event because he was considered 'low risk' by management at Kgosi Mampuru jail.

But as news of Pistorius' leave emerged, reaction appeared predominantly negative amid accusations that the athlete's 'white privilege' and status had led to him getting special treatment.

Meanwhile, last week, South Africa's Supreme Court (SCA) told state prosecutors and the defense to argue their case over the six-year sentence for murder handed to Pistorius in open court.

He was sentenced to six years in prison in July after being found guilty of murdering Miss Steenkamp on appeal last December, in a case that has attracted worldwide interest.

Legal experts had expected the SCA to issue a ruling on whether prosecutors have the right to challenge the sentence but instead said both parties should first argue their case in court.

The court did not set a date for the appeal hearing.

State prosecutors, led by advocate Gerrie Nel, say the sentence was too lenient as the jail term was less than half the 15-years they sought.

In his arguments at the trial, Nel said Pistorius had shown no remorse for the 2013 shooting.

Lawyers for the gold medalist, known as the 'Blade Runner' for his carbon-fibre prosthetics, say he did not deliberately kill model and law graduate Steenkamp.

The athlete originally received a five-year sentence for a manslaughter conviction, that was upgraded to murder on appeal.

Trial Judge Thokozile Masipa, who sent Pistorius to the six-year jail term, dismissed a request by Nel to appeal Pistorius' sentence, saying she was not persuaded that there was a reasonable prospect of success at another court.

Nel then launched his case at the SCA, in Bloemfontein, 250 miles southwest of the capital Johannesburg.