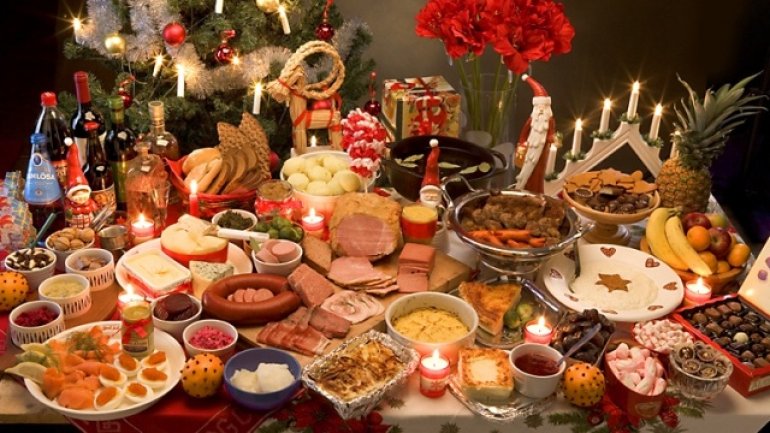 Orthodox Christians will start tomorrow the Nativity Fast. For six weeks they will have to stay away from meat, eggs or dairies and spent more time playing. This evening they will celebrate the last day when they are allowed to eat the forbidden produce. For Sopcu family, from Ghidighici, it is a special day.

"We prepared some sausages, cut a chicken and boiled it, then put it into the oven. When children will come home we will have dinner together. After that we speak and tell the children may the Naitvity Fast begin and may God help up" Christian  Natalia Sopcu said.

"If there is love in the family and food to set on the table, then everything is wonderful" Christian Anatol Sopcu said.

Other citizens are also preparing for the Fast.

"We had spend yesterday the day of our lives, with pies and wine, along with our god-parents, but I am not sure if I will be able to last" a local Christian said.

"I believe my wife will prepare a chicken. Starting tomorrow, of course, we will hold a bit of Nativity Fast, to clean ourselves. My wife already told me to go stock up on fruits and vegetables" a local declared.

Priest Maxim Melinti claims that this post is less popular, as most people do it often before Easter.

"On the weekend we are allowed to east fish. We also will celebrate the Advent, on 4 December, as well as Saint Nicholas, on 19 and Saint Spyridon on 25 December. Feasting is not meant for people with ill health, that have trouble moving around, for children or students" Priest of Ghidighici village, Maxim Melinti explained.

Doctors recommend believers to be more careful of their diet, as it can result with gastrointestinal disease, such as ulcer, as well as renal system illness. During this period it is advised to drink more liquid.

"It is necessary for people to consume more mushrooms, as they have more proteins. At the same time, a daily intake of nuts is required. To avoid any health issues, it is recommended to eat boiled vegetables" gastroenterolog Victoria Babiţchi suggested.

The Fasting lasts to 6 January, while during Christmas Eve, believers will not be allowed to eat anything until evening. The Nativity Fast is a period of abstinence and penance practiced in preparation for the Nativity of Jesus.