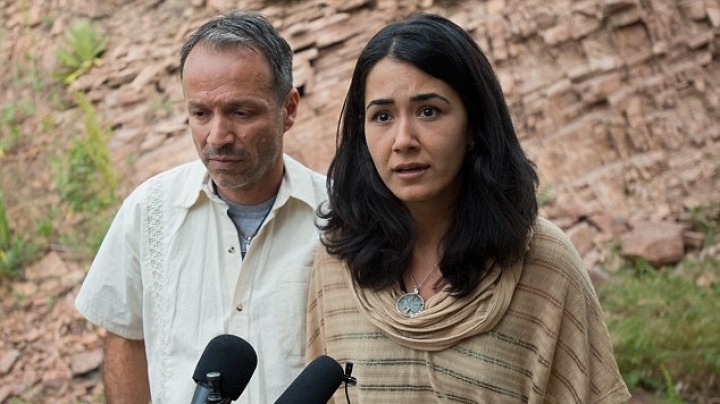 Daily Mail informs that the shooter who slaughtered 50 people in an Orlando gay nightclub dreamed of becoming a police officer and worked as a correctional officer with juveniles, according to his ex-wife.

Sitora Yusufiy, who married mass murderer Omar Mateen shortly after they met online in 2009, has described how he 'seemed like a normal human being' at first, but he soon turned violent.

Speaking to reporters on Sunday evening with her fiance beside her, Yusufiy said she thought the shooting had 'nothing to do' with religion and had more to do with mental illness.

Yusufiy, who said she did not agree with Mateen’s views, revealed her ex-husband was mentally unstable and had bipolar disorder, yet wanted to become a police officer and had applied to the police academy.

Yusufiy said that Mateen owned a gun during their marriage, was 'short tempered' and would express 'hate towards things'. She would not reveal if he had any homophobic views.

Following a brief romance, the pair tied the knot in March 2009 and moved into a two-bedroom home owned by Mateen’s family in Fort Pierce.

At the start of their relationship, she told the Washington Post, he was not particularly religious and was not violent. But soon things changed.

When her parents found out about the beatings just months after the wedding, they staged an intervention and rescued her from the home.

Yusufiy told the Post she has not had contact with Mateen since they finalized their divorce in 2011.

Despite his violence, she said there was no sign he would go on to be a mass murder.

Speaking on Sunday, she told the newspaper she was still processing the news of Mateen's massacre.

During her press conference, Yusufiy relayed a message to the shooting victims' friends and family.

Mateen, 29, killed 50 people and wounded another 53 after occupying a gay club in Orlando, Florida, on Saturday night.

It came shortly after he had pledged allegiance to the leader of ISIS, according to the FBI.

The shooter's father Seddique Mateen said that his son got angry when he saw two men kissing in Miami a couple of months ago and thinks that may be related to the shooting.

He added: 'We are saying we are apologizing for the whole incident. We weren't aware of any action he is taking. We are in shock like the whole country.'

The incident is being investigated by FBI as an act of terrorism.