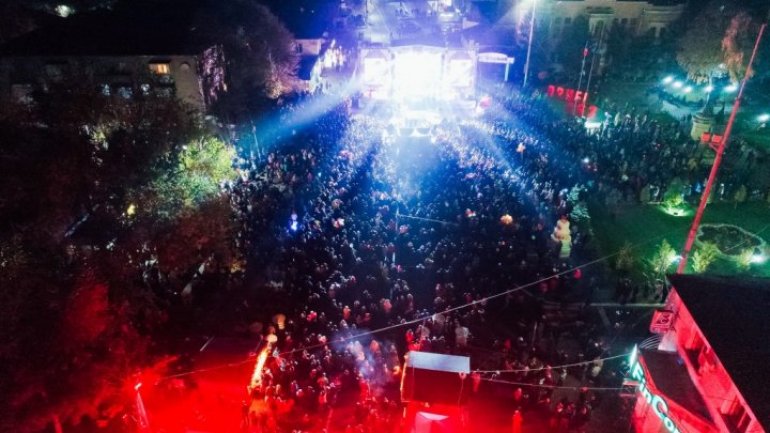 Over 25 thousand visitors gathered to celebrate the City Day of Orhei on its 463th anniversary and to rejoice the St. Dumitru Day as well. The party debuted with a parade, led by Mayor Ilan Şor and guests of honor.

The children had the opportunity to participate the workshops and play in entertainment park.

All the guests present at the event were served free of sweet cakes with the symbol of Orhei. About 10 thousand cakes have been shared.

"It's very nice here, we're going to share this cake with other people".

The Orheians participated in a raffle where motorcycles, TVs and other prizes were at stake. The lucky one left home with a car.

"I thought someone won the car already but after 5 minutes, someone called and announced i got that car!", Zinaida Ştirbu said with happiness.

Mayor of the city, Ilan Shor, sent a congratulatory message to the city locals.

"For me, this event is more than a celebration, it's a responsibility. Orhei city motivated me and taught me to keep the responsibility in front of people that I promised to work harder", said Mayor of Orhei, Ilan Şor.

The evening surprised visitors with performance of the legendary Modern Talking band.