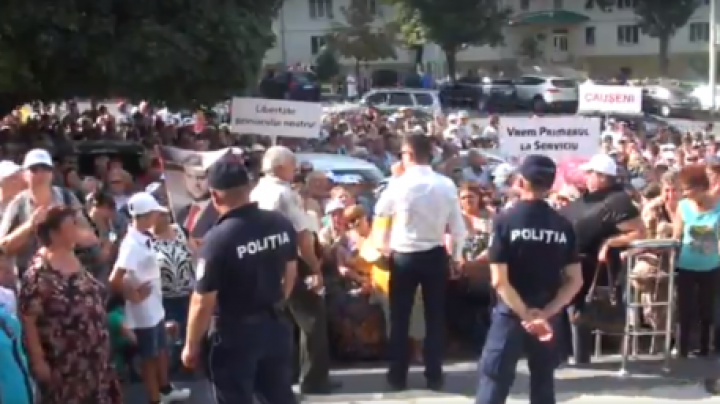 Hundreds of Orhey town citizens protest in Buiucani sector Court. People are demending the release of the mayor, Ilan Sor, accused of extortion and money laundering.

The first hearing in the case of Orhei city mayor, Ilan Sor will take place today.

According to Ilan Sor's lawyer, the defendant will be present at the trial. Ilan Sor was detained in late June and right now is being investigates under house arrest.

According to prosecutors, the businessman is the accomplice of the number 1 raider is CIS, Veaceslav Platon, accused of money laundering from BEM.

Last year, Ilan Sor has been placed under house arrest and charged in BEM, Social Bank and Unibank loans case.