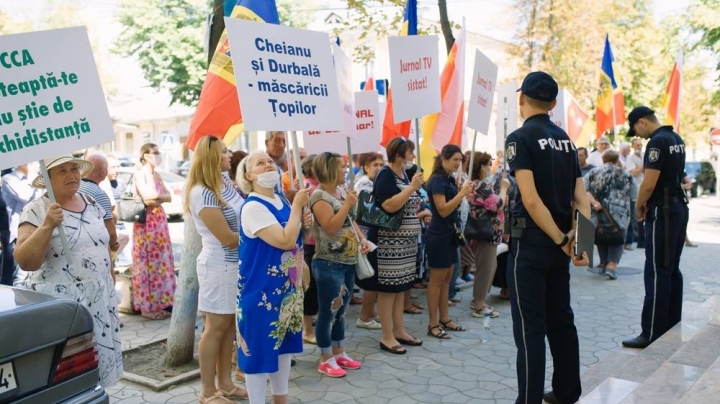 The residents of Orhei are asking the international organizations and diplomatic missions to take attitude in regard to the television post Jurnal TV. People are considering the words said by the mediators of a TV show from this TV station as unforgivable and ruthless.

In spite of the requests given by Orhei residents, Jurnal TV administration did not dare to come out and to talk with the protesters. The employees from the TV station, owned by fugitives Victor and Viorel Topa, had the courage to show obscene gestures to protesters.

People are insisting that the presenters of the show “Ora de Ras”, which are violating people’s dignity through broadcasting the coverages in which Orhei residents are named “astray”, “idiots” and “hammer-headed”, to publicly apologize.

Later, Orhei residents found out that the two mediators are on holiday abroad, and they are not in a hurry to apologize.

The demonstrators are threatening Jurnal TV with a wide protest in case their request will be ignored by Jurnal TV employees. At the same time, people are also waiting for the answer from CCA at their request on suspending the activity of the TV station.

Moreover, the residents claim that they will request the punishment of Jurnal TV administration in court.