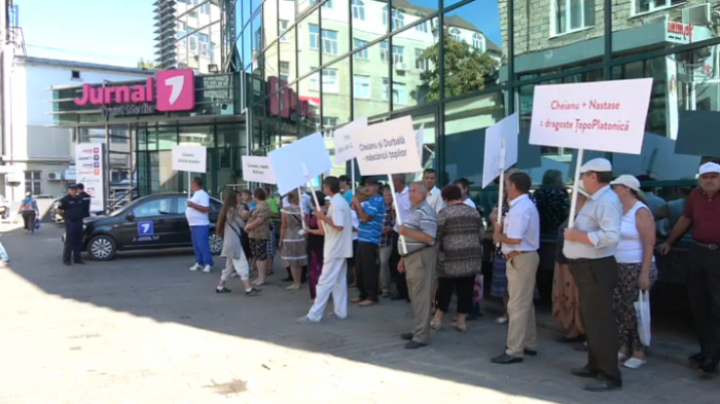 Orhei residents continue to protest in front of Jurnal TV headquarters. Tens of people with placards have organized another meeting and are requesting from the TV post to publicly apologize for the insults addressed to Orhei people.

A mocking reaction from an anchorman of Jurnal TV was given as a response to people’s request.

For the third day consecutively, tens of people from Orhei have chanted in front of Jurnal TV headquarters. People request from presenters who offended them to publicly apologize.

In spite of the commotion, neither the administration of Jurnal TV, nor the anchormen of “Ora de ras” show did not come in front of the protesters.

The meeting was mocked by the anchorman Anatol Melnic, who was recently caught drunk-driving.

The organizers are swearing that tomorrow they will organize mass protests in front of Jurnal TV headquarters.

Orhei residents are waiting for the CCA answer regarding the suspension of the activity of Jurnal TV. Moreover, protesters swore to write a complaint in the trial court.