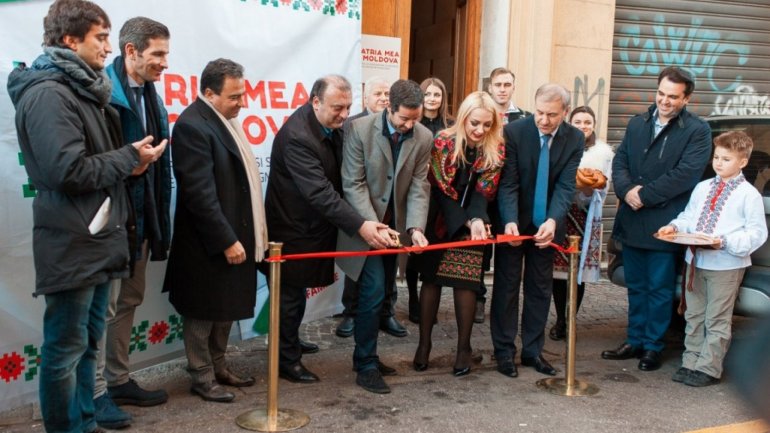 Orhei opened its first office of My House is Moldova project in Bologna city, Italy. The project was implemented by the Șor Party at the initiative of the Mayor of Orhei, Ilan Şor.

Through this program, local authorities intend to encourage Moldovans working abroad to go back home. A first meeting took place between representatives of the Șor Party, MEPs from the EPP Group, high ranking officials from Italy and Moldovan diaspora.

"It is a pleasure and a great honor for me to come here. Thank you for this initiative," said Italian Senator Fabrizio Di Stefano.

In order to be closer to his fellow citizens, Ilan Şor contacted skype and sent a message to Moldovans in Bologna.

"This project is for our fellow citizens. The main goal is to create favorable conditions for Moldovans to come home," said Orhei Mayor Ilan Şor.

Representatives of the European Parliament appreciated the initiative of Ilan Şor. Elisabetta Gardini, one of the most prominent figures in the European People's Party, said he intended to visit Orhei and enjoy the Moldovan traditional dance.

"It is a beautiful initiative, it is a movement that will give you the opportunity and the desire to return home. Thank you for this opportunity," said Elisabetta Gardini, the head of the Italian delegation to the European Parliament.