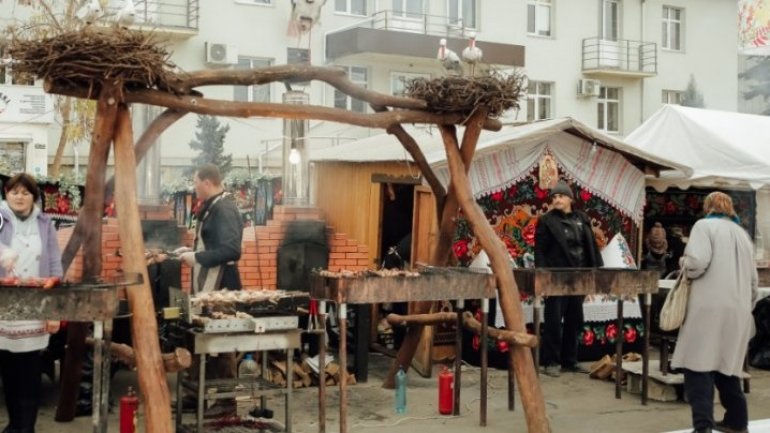 Orhei celebrates today 463 years since it was first documented.

On this occasion, for residents from Orhei, as well as its guests were prepared multiple amusement zones, free food and a raffle, while the celebration will end with a grant concert and fireworks.

The celebration has begun with a solemn march. Local authorities and city's residents went to the monument of Vasile Lupu where flowers were laid down.

On City Day, the downtown was traditionally decorated and transformed into a fair. For locals and guests were prepared 10 thousand gingerbreads with the city's inscription that were handed out for free. Despite the fact that people were supposed to take a gingerbread, some decided to grab a few at a time.

Children were not left without attention. A small amusement park was improvised. Not only children, but also adults seemed pleased.

The fair was attended by many traditional craftsmen who set their works for exposition. Among them counted dolls and modern ceramics.

In the evening, those who attended the even will enjoy a concert. On the stage installed in Orhei will perform Dara, Zdob și Zdub, Ion Istrati, with the guest star, the German group Modern Talking.