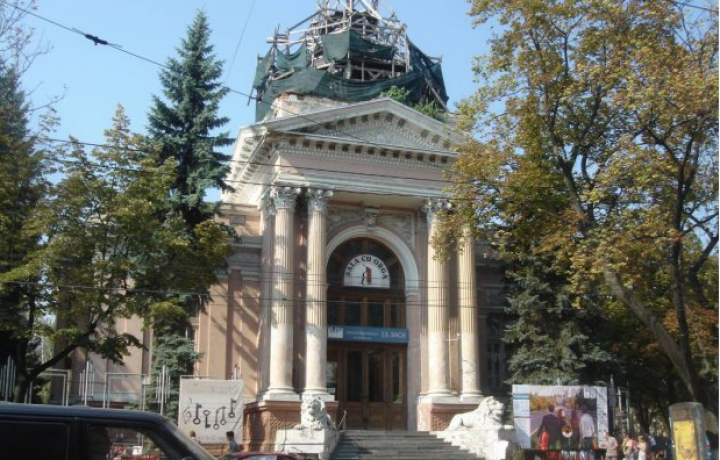 The restoration works of the Organ Hall in Chisinau are expected to be completed by the end of the year. They are funded from the grant of one million euros granted by the Romanian Government in December 2014.

The author of the renovation project is the architect George Bulat and the restoration works are carried out by a firm located in Iasi, which participated at the renovation of Soroca fortress, Moldpres informs.

The director of Organ Hall, Lariza Zubcu said that renovations are carried out based on the  restoration project, architectural elements being preserved from the early twentieth century.

According to her, the Organ Hall building was not repaired since 1978 when the institution opened this cultural and artistic institution.

The director of the Organ Hall said that repairs to the basement were already made, and rehearsal rooms, administrative offices, wardrobe and sanitary blocks and drainage works of the foundation of the building and now the facades are renovated, also roof and dome building and engineering networks to be installed.

The head of the Service capital investment of the Ministry of Culture, Emilia Ristic claimed that some of the means to renovate the building Organ Hall are provided from the state budget and that the ministry will do everything possible for the renovation of the institution to be concluded within the deadline.

Organ Hall is an architectural monument that was commissioned in 1901 under the leadership of architect Michael Cekerul-Cus.