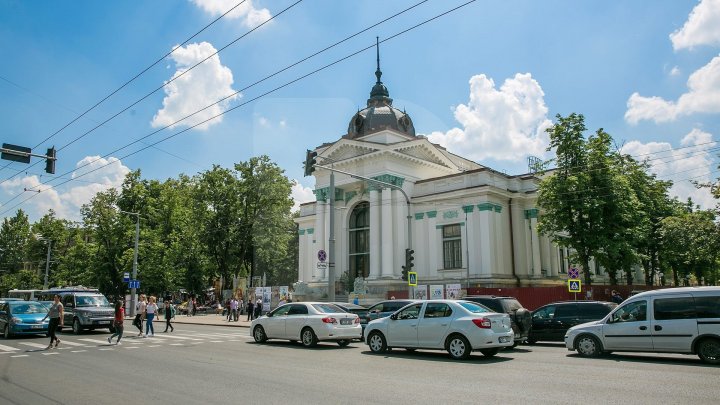 Twenty teenagers across the country, from different ethnic groups and social conditions attended an artistic meeting. The children sang alongside the artists from the Moldovan National Youth Orchestra. The concert was organized in the framework of the La La Play Voices project and took place at the Orchestra Hall in the Capital.

The spectators were delighted with the concert.

"Very interesting, a program that you can not listen to every day in our country."

"A very nice and welcoming project for Moldova, for children and for the whole society."

Organizers say this musical project is meant to unite people through music.

"The whole project is about providing opportunities to prove that even if you think differently, you are from different places, you speak in different languages, we can show an example of how people can unite, how music can unite people, "said Adriano Marian, manager of La La Play Voices.

To prepare this concert, a team of over 10 people worked for 5 days. The children attended daily 5 hours of choir and personal development trainings.

"We have done something almost impossible, everyone is extremely talented, each is unique in his voice, in his talent," said Cristian Spataru, conductor.

The event was attended by several officials, including the Swedish Ambassador and the UNICEF representative in Moldova.

"Young people are really passionate with music. However, there are children who have to face challenges to pursue their dreams", said Desiree Monique, UNICEF Country Representative in Moldova.

Moldovan National Youth Orchestra was founded in 2011, since then it has had over 150 concerts in Moldova, Ukraine, Romania and Germany.